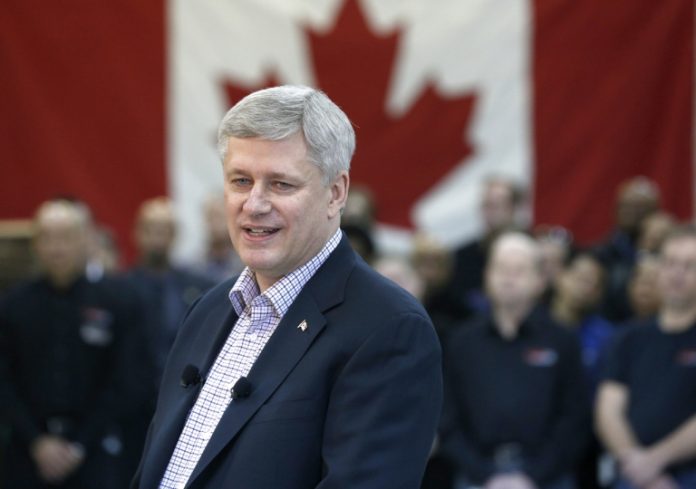 OTTAWA: Prime Minister Stephen Harper acknowledges his government pressured the Mounties to swiftly destroy long-gun registry records, even though they’d been warned it was illegal.

An exchange in the House of Commons on Tuesday marked the first time the Conservative government has flatly asserted that it was actively encouraging the RCMP to delete the registry data in 2012 _ notwithstanding an ongoing investigation by information commissioner Suzanne Legault and a written promise from the public safety minister to respect the law.

The matter is now being investigated by the Ontario Provincial Police, after Legault recommended charges because the Mounties knowingly destroyed records that were protected under the Access to Information Act.

Legault is also in Federal Court, seeking to preserve a remaining copy of Quebec gun registry data while championing the right of access to government records under an act of Parliament.

An affidavit filed in Federal Court by one of her investigators presents evidence the RCMP was being pressured by the public safety minister’s office and the Prime Minister’s Office to swiftly destroy the records at the same time the government was assuring Legault they’d be preserved until her investigation was complete.

“It was this Parliament and this government that passed legislation explicitly to destroy that registry,” Harper responded, referring to the April 2012 bill known as the “Ending the Long-gun Registry Act.”

“The RCMP is acting upon that legislation. We obviously encouraged them to do that, Mr. Speaker. I know that the Liberal party wants to bring back the long-gun registry but that is against the wishes not only of this Parliament, but against the wishes of Canadians.”

The Mounties also said this week that they were under government orders when they deleted all the non-Quebec records.

“The destruction of the registration records in 2012 and more recently for Quebec in 2015 was done according to a government-approved implementation plan,” Sgt. Harold Pfleiderer told the CBC Monday.

The acknowledgment may help explain why the Conservatives are taking unprecedented steps to protect the RCMP from prosecution under the Access to Information Act.

After being informed this March of Legault’s case for laying charges, the Conservatives responded by retroactively rewriting the 2012 law, backdating it to October 2011 when the long-gun bill was first presented in Parliament, and burying the amendments in a 167-page omnibus budget bill.

Legault has called the government’s move a “perilous precedent” and a history-denying “black hole” that sets the stage for retroactive cover-ups of more serious government wrongdoing, including electoral fraud and spending scandals.

In an interview, Goodale said the issue is not about gun registry records _ which would have been destroyed by now, regardless _ but about a government that thinks it is above the law.

“We’ve made it absolutely clear we have no intention of resuscitating the long-gun registry,” he said, accusing the PMO of “paranoia.”

“What they’re basically saying is they cannot achieve their policy objectives without violating the law. That’s just not true.

Woman protesting Bill C 51 expelled from the Commons for exposing...