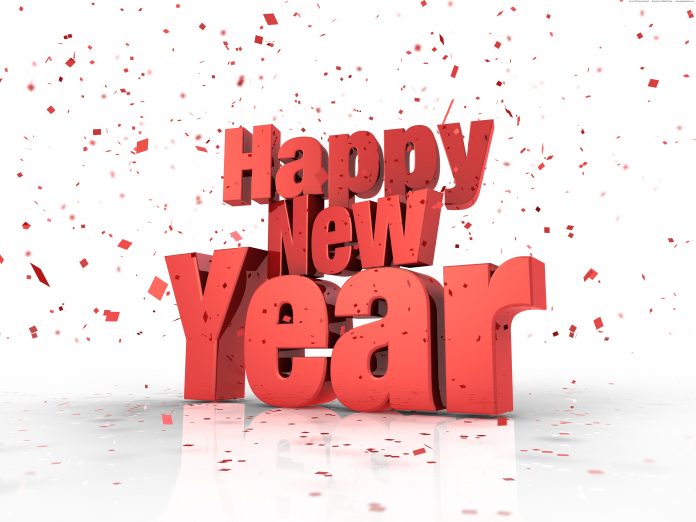 Since we started marking time, humans have used rituals to celebrate the end of the old year and ensure a better one by encouraging good fortune going forward. In the pursuit of this, there are many strange things done.

Fireworks and other noise makers are popular, probably to keep the sober people from getting a good night’s sleep, but just as likely to scare away the demons of the old year. I remember my grandmother urging us all to run outside at the stroke of midnight with pots and pans and bang them with spoons. Some other societies fire pistols and rifles into the air. They make the appropriate noises, but doesn’t anyone think about what happens when the bullets succumb to gravity and fall back to earth? I think I’ll stick to fireworks.

Here are some other silly things done around the world:

The Danes climb on a chair and leap off at midnight to get a jump start on the new year (and maybe a broken ankle or two). And speaking of broken, they ritually save their unused dishes and smash them against the doors of their friends and family. And my neighbours get angry when I use snowballs!

The Irish are said to hit their walls with slices of bread to get rid of evil spirits. Well hey, it’s the yeast they can do.

In South Africa locals throw old appliances and furniture out of their windows. In Surrey and Delta we call it Spring Cleanup.

In Estonia people eat seven meals on new years day to ensure abundance in the coming year. That’s a stretch!

In Panama they burn effigies of well known people, known as munecos. The effigies represent the old year and putting them to the torch is meant to drive out evil spirits so the new year can enjoy a fresh start.

In Scotland, even the name indicates something is up. Hogmanay is what they call it, and they believe that the first foot to cross a threshold after midnight will predict the next year’s fortune. And in the small fishing village of Stonehaven, townsmen parade while swinging giant fireballs on poles overhead (or is it Stonedhaven?). And you thought tossing the caber was exciting.

In certain parts of South America, they cover certain parts of themselves with different coloured underwear. Red underpants is supposed to bring love, yellow to bring money. Why not go for it all with red gonchees with yellow polka dots?

The Spanish use grapes to usher in the new year. As the clock chimes the last twelve seconds to midnight, you stuff grapes into the mouth. And then what? Don’t stand in front of anyone yelling happy new year! I like the grape idea myself, but in a more processed form – wine!

And with the wine, a toast to all those foolish people who, drunk or sober, charge down to the beach like a pack of lemmings in to the ocean. You can thank the Scandinavians for that apparently. It’s either that or you roll in the snow when you come out of the sauna. Another wonderful idea!

In North America the oldest polar bear plunge belongs to Boston. In 1904 people came out to ‘enjoy’ the 3 degree water of Dorchester Bay. Canadians, undoubtedly influenced by the Nordic among us, also take masochistic pleasure in jumping into cold water.

Vancouver, which everyone knows is the California of Canada started the insanity at English Bay in 1920 and it spread across the country from there. But with roughly 3 million people to draw from in the Lower Mainland, their record turn-out is 2,100 (who registered) the number 10,000 applies to the number who turn out to watch – so who’re the crazy lot here?

The Dutch who are clearly crazier than we, convince 10,000 to jump into the sea at Scheveningen (say that with 12 grapes on your mouth). and in 89 locations on beaches and in lakes all over the country, each year around 30,000 people participate in this “Nieuwjaarsduik.” No wonder the birthrate is declining.

If you’re tempted to do this on new year’s day, hedge your bets. Wear red and yellow underwear, fortify yourself with grapes (12) and march proudly into Burrard Inlet loudly singing Auld Lang Syne (it’ll mask the pain until everything freezes), then stay out of hot water the rest of the year.

A happy and prosperous new year everyone!