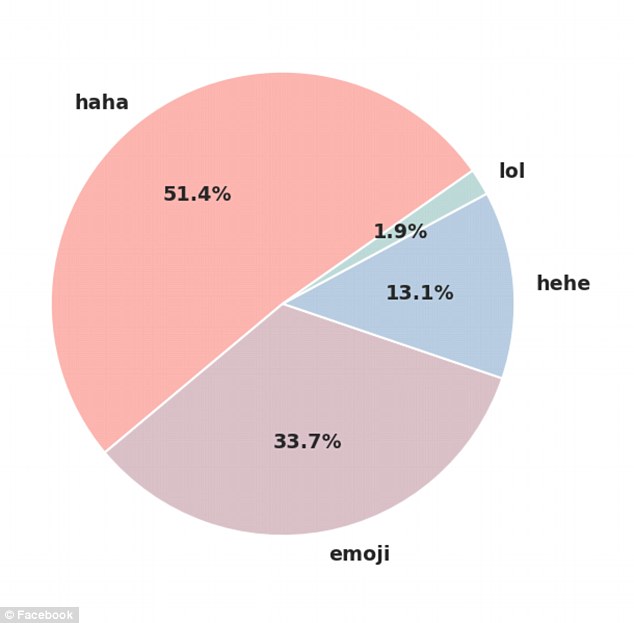 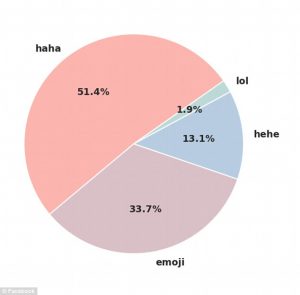 New York, Aug 9 (IANS) Most people express happiness with “ha ha” followed by emojis, “he he” and “LOL (laughing out loud)”, says a recent Facebook research on e-laughing.

For those people who e-laughed, the Facebook team also analysed how many times they actually did.

“Nearly 46 percent of the people posted only a single laugh during the week while 85 percent posted fewer than five laughs,” the team wrote on Facebook’s official research blog.

The researchers identified posts and comments posted on Facebook in the last week of May this year with at least one string of characters matching laughter.

They did the matching with regular expressions which automatically identified laughter in the text, including variants of “haha” “hehe” “emoji”, and “lol”.

Age, gender and geographic-location play a key role in laughter type and length on the social networking site.

Both men and women like “hahas” and emoji followed by “hehes” and “lols”.

The team found that across all age groups (13 to 70), the most common laughs are still “haha”, “hahaha”, “hahahaha”, and only then followed by “hehe”.

The most common are the four letter “hahas” and “hehes”.

The six letter “hahaha” is also very common, and in general, the “haha-ers” use longer laughter.

“The ‘haha-ers’ are also slightly more open than the ‘hehe-ers’ to using odd number of letters, and we do see the occasional ‘hahaas’ and ‘hhhhaaahhhaas’,” the researchers said.

The “lol” almost always stands by itself though some rare specimens of “lolz” and “loll” were also found.