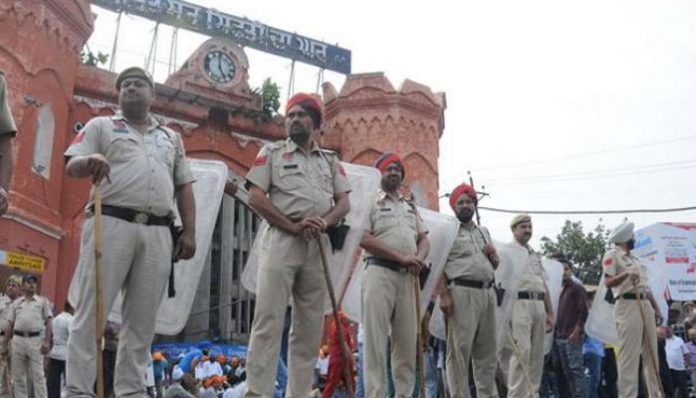 Chandigarh, Oct 20 (IANS) The Punjab Police on Tuesday said it has arrested two brothers for allegedly involvement in the desecration of Guru Granth Sahib and revealed they were getting instructions from people in Australia.

Additional Director General of Police I.P.S. Sahota told media that two brothers, Jaswinder Singh and Rupinder Singh, were arrested for the main case of sacrilege of the Sikh holy book at Bargari village in Faridkot district.

He said that phone calls of the brothers had been traced to people in Australia.

“Out of the seven reported cases of sacrilege of Guru Granth Sahib, we have solved five cases,” Sahota said.

The sacrilege cases were reported from Faridkot, Amritsar, Tarn Taran and Bathinda districts.

Punjab Deputy Chief Minister Sukhbir Singh Badal said those involved in the incidents will not be spared.

“We did not allow those people to accomplish their mission. Nothing is more condemnable. I appeal to all people to offer prayers. We will punish the guilty,” Badal told media.

Nine dead in shootouts in Mexico