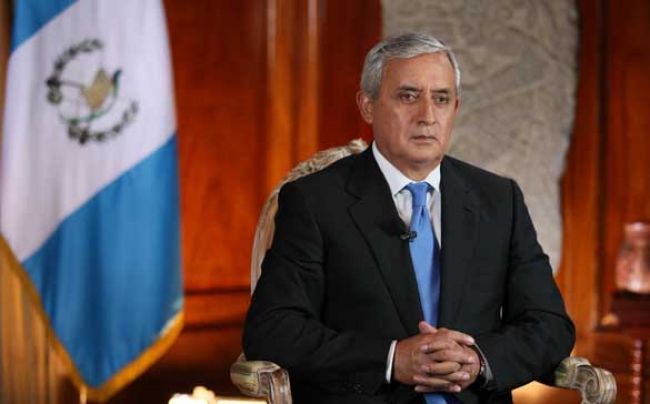 This came after the country’s congress stripped Perez Molina of his immunity from prosecution on Tuesday, given his suspected involvement in a criminal enterprise to defraud the country’s customs bureau.

The Congress voted by 116 to 42 for Perez Molina to face the charges against him.

“The president had resigned to resolve the legal matters facing him,” presidential spokesperson Jorge Ortega told the press on Thursday.

Upon arrival at the Tribunal Tower in Guatemala City, Perez Molina addressed the media, saying “this is part of the due process that I am ready to face”.

Soon, judge Miguel Angel Galvez oversaw a declaration about the accusations being made against the former head of state. Prosecutors stated that the president and his former vice-president Roxana Baldetti received $3.7 million in bribes in just one year.

This money was allegedly raised by getting companies importing goods to Guatemala to pay bribes and avoid paying customs tariffs. According to the prosecution, Perez Molina and Baldetti kept 50 percent of this money while the other half went to their cronies.

Following this declaration, the judge will determine whether Perez Molina should be incarcerated or released on bail.