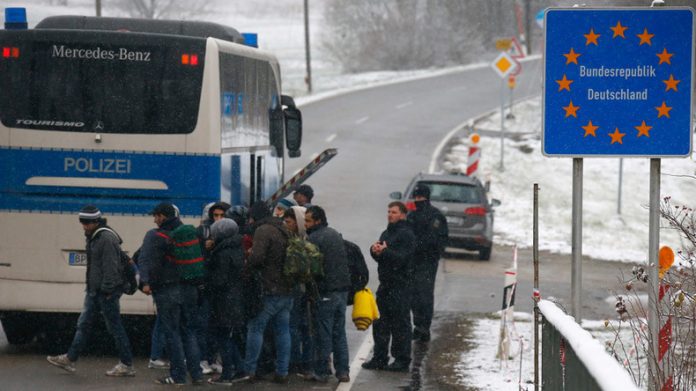 “Excluding Greece from the Schengen zone does not solve any problem,” Tusk, after talks with Greek Prime Minister Alexis Tsipras, told the press, in response to increasing pressure from some European countries lately to expel Greece for up to two years in order to slow the refugee and migrant flows.

Acknowledging that debt laden Greece is bearing an enormous disproportionate burden over the past year due to its geographical position, Tusk reiterated a plea for unity and enhanced cooperation across Europe to address the common challenge, Xinhua reported.

“We must unite to face the challenges that lay ahead,” Tsipras said, according to an e-mailed press release, warning that the closing of borders would only lead to new dead ends, undermining EU’s existence.

Both leaders underlined that the effective management of refugee flows is an international issue that should be tackled with respect to the principles of the international law and European values with coordinated actions, solidarity and fair burden sharing.

They stressed the necessity to step up efforts so that all sides fully implement all decisions taken in late 2015 regarding the monitoring of refugee flows, pointing to neighbour Turkey.

Athens has repeatedly complained to European partners that while they give stern warnings to Greece to do more concerning the protection of its borders otherwise be expelled from Schengen by June, they do not add adequate pressure on Ankara to meet its obligations.

Turkey has committed to crack down on the Turkish smugglers’ networks who are exploiting refugees, selling them old dinghies to cross over via the Aegean Sea.

Tsipras and Tusk also discussed the agreed NATO operation in the region which aims to assist the two countries in patrols against human traffickers.

On the agenda of discussions was also Britain’s request for reforms within the EU to remain an EU member state.

Tusk is touring across several European capitals over the past few days to discuss the issue ahead of the upcoming EU summit on Thursday.