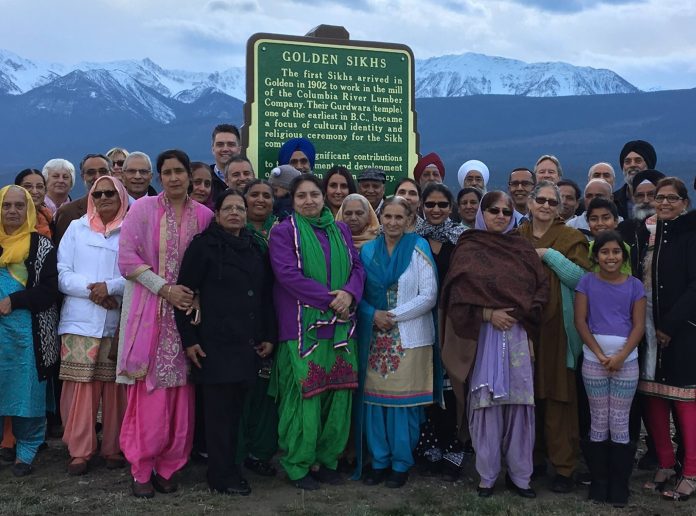 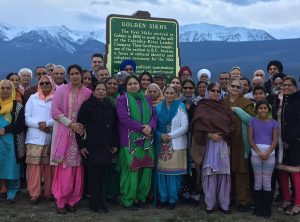 Golden: A new Stop of Interest sign was unveiled in Golden today, recognizing the community’s early Sikh pioneers and the role they played in Golden’s history.

“This new Stop of Interest recognizes the important contributions early Sikh settlers made in Golden and throughout the Interior of B.C.,” said Transportation and Infrastructure Minister Todd Stone. “This is a good example of the Stop of Interest signs we want to add across the province, to tell the stories of how B.C. was shaped through the contributions of many different ethnicities and cultures.”

“We acknowledge the Gurdwara in Golden as the first in B.C., and quite likely the first in North America,” said Pyara Lotay, on behalf of the local Sikh community. “We thank the B.C. government for recognizing Golden’s Sikh pioneers and their place of worship with this Stop of Interest.”

“The story of our community’s Sikh pioneers is one of hard work and determination,” said Golden mayor Ron Oszust. “This Stop of Interest means a lot to our present-day Sikh residents, and highlights an important chapter in the rich history of our region, of which we’re all proud.”

B.C.’s Stop of Interest signs were first installed in 1958 to commemorate the Colony of B.C.’s centenary and recognize significant historical places, people and events. The ministry is refurbishing existing signs in need of repair and updating language where necessary.

The Ministry of Transportation and Infrastructure will install the majority of the new Stop of Interest signs in late spring/early summer 2017.