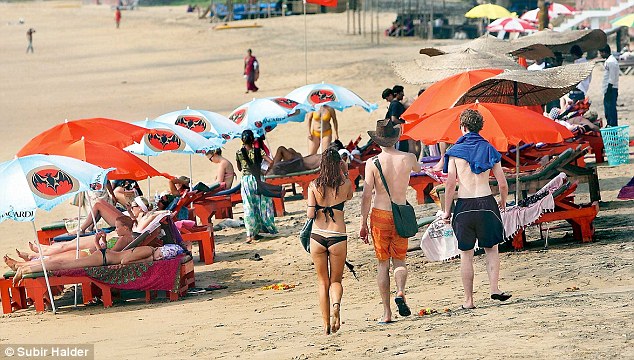 Panaji (India), Aug 13 (IANS) Indian state Goa’s lawmakers on Thursday discussed the relevance of bikinis to tourism, with ruling and opposition benches swapping comments on whether it was proper to promote Goa as a beach tourism destination with bikini-clad women on the official tourism website.

Defending the use of bikinis on Goa’s beaches and other water bodies, Tourism Minister Dilip Parulekar said: “I want to tell the house, that as a tourism minister, I have never said no to bikinis.

Parulekar said this in response to a point made earlier by independent legislator Vijai Sardesai, who had alleged, that while ministers of the BJP-led coalition government vehemently opposed use of bikinis in Goa, the state tourism website had images of bikini-clad women on them.

“Before travelling to this place, people normally research on websites. One of your ministers says we do not want bikinis, but the website says bikinis,” Sardesai had said.

Goa is one of the most popular beach tourism destinations in India, especially with European tourists, who enjoy the state’s beaches and the mild winter sun from late October to March, which coincides with harsh winter in Europe.

In August last year, ministers like Sudin Dhavalikar and Deepak Dhavalikar in the BJP-led coalition government have however demanded a ban on bikinis claiming the beach wear is against Indian culture.

A ruling legislator of the conservative Maharashtrawadi Gomantak Party, Lavu Mamledar, had also said bikinis were an impediment to India become a superpower, because it was anti-Indian culture.