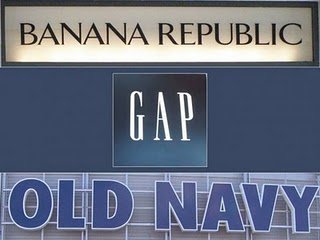 TORONTO: Stores operated by Gap Inc. in Canada will join their U.S. counterparts in ending the practice of requiring workers to be on call for short-notice shifts.

Gap spokeswoman Laura Wilkinson says the changes apply to all four of the brands operated by the company in Canada, the Gap, Banana Republic, Old Navy and Intermix.

The company’s fifth brand, Athleta, does not have stores in Canada.

Wilkinson says management at each of the brands evaluated scheduling practices over the past year to determine where they could improve scheduling stability and flexibility for employees while continuing to drive productivity.

She says all stores are committed to providing store employees with at least 10 to 14 days’ notice.

Most of the brands will be rolling out these new policies next month and they will all bring in advanced schedules by early 2016.

The move was announced in the U.S. on Thursday after the office of New York state’s attorney general sent letters to Gap and 12 other retailers earlier this year questioning them about on-call scheduling.

Such scheduling required hourly workers to stay on-call for shifts set the night before or the same day, giving them little time to arrange for child care or work other jobs.