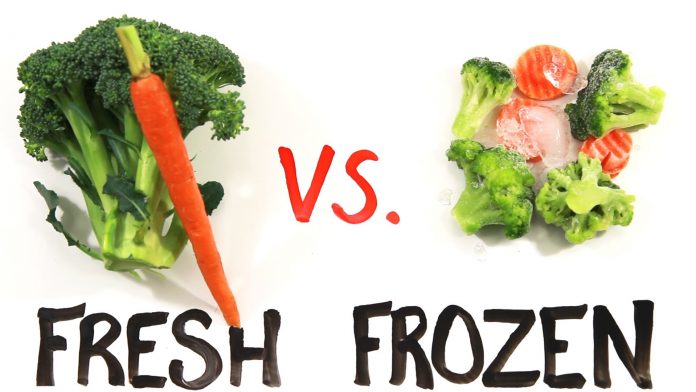 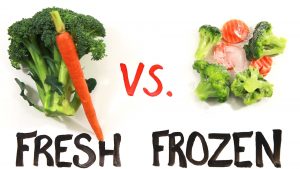 The Christian faithful hope that they “may with thankful hearts enjoy the fruits of the earth in their season”. In “their season”, mind you. Clearly, food preservation was unknown when the prayer was written.

In 1519, when Ferdinand Magellan sailed around the world, the technology to preserve food did not exist. As they sailed without berthing, biscuits became crumbs, fat turned rancid, protein putrefied. Sailors finally ate rats – sold at a ducat a piece.

Over the years, people learned to pickle, salt, cure, sugar or ferment their favourite foods in order to preserve them. Canning was developed in the 19th century, and freezing was commercialized by Clarence Birdseye over a hundred years later, in 1930.

Technology followed culture and vice versa. Frozen TV dinners became popular in the US in the 1950s. Helped by the microwave heating revolution of the 1970s, frozen food manufacturers tailored their offering to a variety of consumer preferences. From organic to exotic, from gourmet to gourmand – they offered all this at relatively low prices, thanks to economies of scale.

Freezing is probably the healthiest method of preserving food. At minus 18 degrees Celsius, all enzyme activity stops and food can keep without preservatives for over a year. If frozen quickly after plucking/culling, the food retains its freshness after thawing and its nutrient value is more or less preserved.

The benefits of convenience, quality, variety, long shelf-life, health and taste of frozen foods are reflected in the sales of this category across countries.

As you can see, India has been a slow starter. For one, there is consumer misconception of frozen being inferior in quality. Cheap and quick availability of “fresh” cooked food from local delivery restaurants and domestic help in kitchens are further hurdles on the demand side. On the supply side, lack of standardised freezers with retailers, power cuts and poor temperature management – especially at small stores – all mean that quality frozen food is not within the reach of the average consumer.

The scenario is now changing. To quote A.J. Tharakan, president, National Seafood Exporter’s Association and a doyen of the industry in India, “Frozen food is fresher than fresh food. Frozen green peas are frozen within four hours of harvesting, whereas green peas in the pods available in the vegetable market could be three to four days old. Frozen food is convenient and always available, even during off season. With recent sales growth of 20 percent year-on-year, one can say that frozen food is finally finding acceptance in our country.”

The emergence of modern trade with professionally-managed chains, heightened consumer awareness of the benefits of “freshly frozen”, an improved supply chain with cold stores located within cities, dwindling availability of domestic help and “quality and health issues” with local home delivery restaurants – all of this has helped frozen foods.

Perceptions, too, are changing. People realise it is healthier to buy freshly frozen food processed with quality than keeping your raw or cooked food for days in your fridge. Even if you freeze your purchase, it takes over 15 hours for its core to reach minus 18 C, and the deterioration during this time can be damaging – both to taste and health. In contrast, in the factory, food is frozen to minus 18 degrees C in 30 minutes with IQF (individual quick freeze method) to two hours (using the blast freezer).

Institutions and restaurants are also high potential consumers of frozen food. They buy in bulk and at less than 65 percent of the MRP the individual consumer buys at – thanks to lower packaging costs and no retail margin (typically high at 20 percent). The restaurant owner does not have to bother himself with procurement of raw material, making the order, and throwing away the unsold products. Frozen is good – just dip into the freezer, take out what the customer orders, heat and serve in a plate – with your name on it!

Let’s face it. Food factories use scale to buy cheaper, better, more variety with less supply-chain wastage. They employ better cooks. They institute better and more hygienic processes and quality checks – guaranteeing food safety. They get all of this ready in a fraction of the time that you would take, making them cheaper, despite the cost of freezing.

It’s a bit like readymade apparel. Nobody goes to the tailor any more!

Half-a-millennium after man first sailed around the world, astronauts Neil Armstrong and Buzz Aldrin returned from the moon. As they took off their moonsuits, it is well known that they looked forward to a choice of gourmet (frozen) foods to celebrate the historic occasion. If only poor Magellan and his crew could have arranged that!

(Salim David was in the food industry before he hung up his corporate boots to grow organic vegetables, roses and rear cattle near Hyderabad. The views expressed are personal. He can be contacted at salimdavid01@gmail.com)