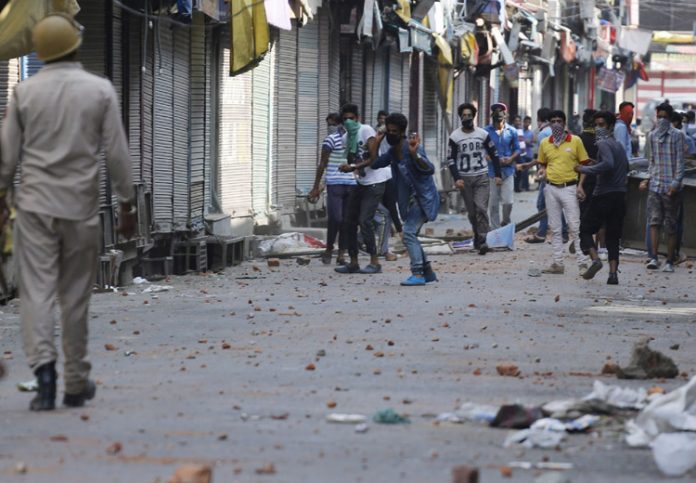 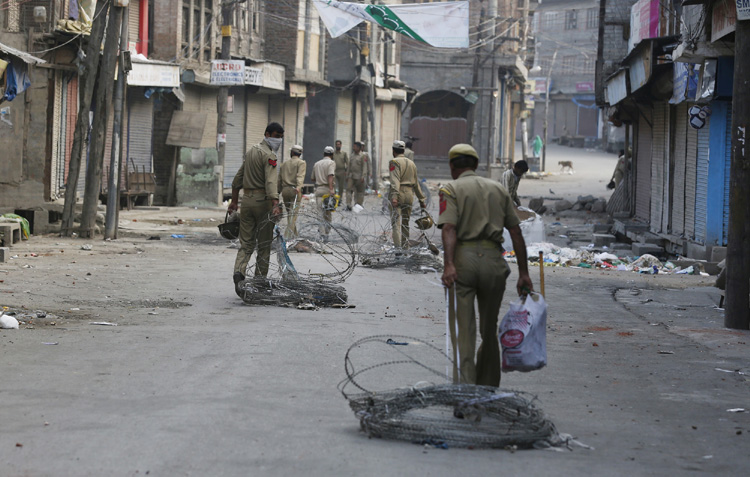 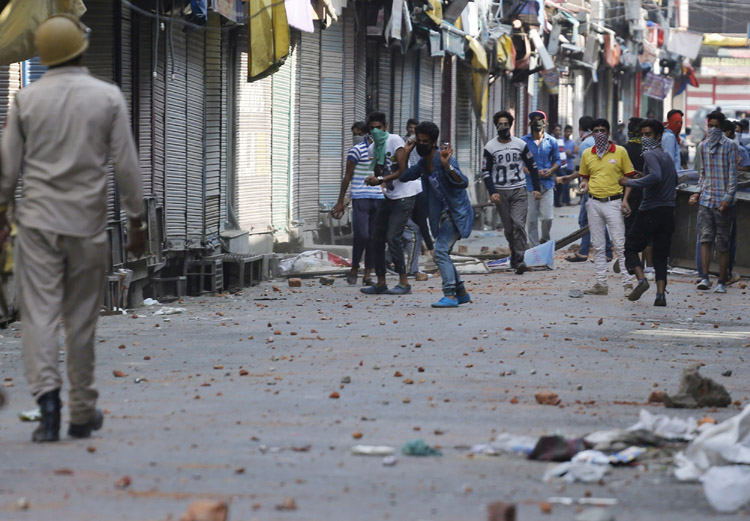 Srinagar: Amid recurring clashes in curfew-bound Kashmir Valley, three injured protesters died in hospitals here on Monday, taking the death toll to 32 in three days of bloodshed following the killing of a top militant that has sparked fresh India-Pakistan tensions.

And for the first time, police opened fire hitting two civilians in embattled Chief Minister Mehbooba Mufti’s hometown Bijbehara in southern Kashmir, which has accounted for all the deaths bar one since Hizbul Mujahideen commander Burhan Wani was killed by security forces on Friday.

At least 31 civilians and a police driver have been killed in clashes between the security forces and angry young demonstrators across the Kashmir Valley since Saturday, various informed sources told IANS. But police put the death toll at 23.

There were no fresh deaths on Monday. But the sources said nine more casualties were added to the toll after at least three people succumbed to injuries and five who had died earlier were counted on Friday.

Clashes, however, raged on in many parts of the valley as young men armed with rocks defied prohibitory orders to hurl stones at police and paramilitary pickets.

Bijbehara, Mehbooba Mufti’s hometown, some 40 km from here towards the south of the valley, was the latest to be consumed by the clashes, police sources told IANS.

Sources in Srinagar’s S.M.H.S. Hospital said two civilians with bullet injuries were admitted on Monday afternoon and both were from Bijbehara.

“One of them was hit in the stomach and other in his left thigh,” a doctor told IANS requesting anonymity.

Normal life across the valley was paralysed for the third day amid strict curfew and a separatist-called shutdown.

Public transport went off the roads. Private cars plied at some places in areas where there were no restrictions. Shops and other businesses remained shut. Government offices and banks were also closed as cellphone internet services remained suspended.

As the anger in Kashmir simmered, Pakistan Prime Minister Nawaz Sharif called for a plebiscite in the “occupied” Jammu and Kashmir. India asked Pakistan to worry more about human rights abuses in parts of Kashmir it controls.

Radio Pakistan quoted Sharif as saying that the “massacre of citizens by Indian forces and use of brutal force against Kashmir is regrettable”.

In New Delhi, Minister of State for Home Affairs Kiren Rijiju said Pakistan should worry more about human rights violations in the “occupied Kashmir” — Indian euphemism from Pakistani Kashmir than in the valley.

The Kashmir Valley has been on an edge since Friday evening when senior militant commander Wani was killed by security forces. Wani, 22, a new face of Kashmir’s separatist war, was shot dead with two of his associates in a south Kashmir village.

Four police stations, 36 civil administration offices and dozens of vehicles have been destroyed by unruly mobs in clashes over the weekend.

Meanwhile, the government on Monday allowed the resumption of annual Amarnath pilgrimage which was suspended for three days.

“The convoy of the yatris is protected by the security forces who are escorting the pilgrims to the valley,” a police official told IANS. But the pilgrimage will be allowed only through the north Kashmir route as the southern track to the Hindu cave shrine remains blocked due to simmering tension. The shrine is located in the troubled south Kashmir.