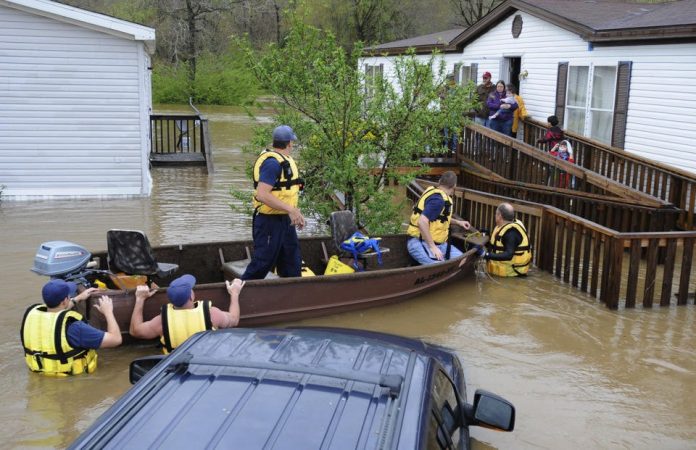 Paris, Oct 5 (IANS) A violent storm and subsequent floods which hit the French Riviera over the weekend have left 18 people dead so far and three others were still unaccounted for, the media reported on Monday.

The lifeless body of a 60-year-old man was discovered in a parking lot of Mandelieu-la-Napoul town, bringing the total number of people killed due to the torrential rainfall to 18, Xinhua news agency reported citing French daily Le Figaro as saying.

Earlier in the day, a 90-year-old man previously reported missing in Antibes was found. He had been hospitalised on October 3 night, the regional daily Nice Matin said.

Meteorologists issued a warning, but no one expected that the storm would dump nearly 200 litres of rain per square metre in less than three hours on an area between Nice and Cannes.

The rainfall total was the equivalent of two months of downpours in the area. The flooded streets stranded scores of vehicles and downed numerous trees.

The majority of the people who were killed in the storm were swept away by floodwaters.

The victims died when they entered underground parking garages to retrieve their vehicles and drowned in the rapidly rising waters.

He also pledged to pay compensations within three months to help finance damages.

This is the deadliest storm to hit France since 1990.