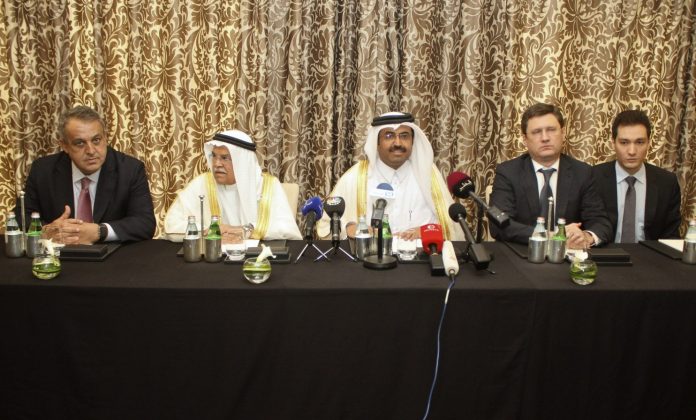 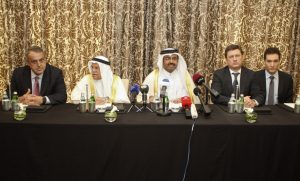 The agreement followed a meeting in Doha between the energy ministers of Qatar, Saudi Arabia, Venezuela and Russia, Xinhua reported.

Mohammed bin Saleh Al Sada, also the Organisation of the Petroleum Exporting Countries (OPEC) president, said at a press conference that the four ministers “agreed to freeze the production at January level provided that other major producers follow suit”.

He described the meeting as “successful” which reviewed the current situation of the global oil market amid oversupply, stressing that “this step is meant to stabilise the market”.

Al Sada said intensive talks will start with the OPEC members and non-cartel producers, including Iraq and Iran, in a bid to stabilise oil market and benefit oil producers as well as the global economy.

“If these countries agree to the proposal, it will be implemented,” he said, adding that he will lead the talks.

The Venezuelan minister Eulogio Del Pino told reporters that he and Al Sada will meet on Wednesday with their Iraqi and Iranian counterparts in Tehran to discuss the production freeze proposal.

He elucidated that the freeze is “the beginning of a process” and the situation will be monitored in the next few months to “decide whether we need other steps to stabilise and approve the market”.

“We don’t want significant gyrations in prices. We don’t want a reduction in supply. We want to meet demand and we want a stable oil price,” he added.

Over a year ago, the oil cartel OPEC decided not to cut output, which triggered the slide to the lowest oil prices in the past decade or more.