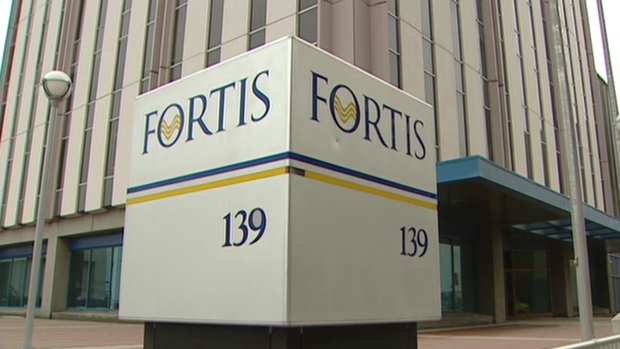 The proposed agreement announced Tuesday, which requires various approvals, includes US$6.9 billion in cash and stock and US$4.4 billion in assumed debt. Shareholders in ITC would have a 27 per cent stake in the combined company.

Fortis president and CEO Barry Perry said the acquisition of the Michigan-based company strengthens its business in the United States, giving it access to more than 25,000 kilometres of transmission lines.

“This deal has it all for Fortis and was a bull’s-eye for us when we were looking at how it fit our company,” Perry said in a conference call with analysts.

Although Fortis has a low public profile, it has expanded beyond its base as owner of Newfoundland Power and owns extensive operations across North America.

ITC chairman Joseph Welch, who is also the company’s president and CEO, said the U.S. will need “a massive amount” of transmission infrastructure over the coming years and Congress has approved incentives to spur investments in such initiatives.

“As the United States shifts itself to more of a clean-air energy technology, you’re going to see that our footprint is actually … where most of the regional development will be, especially for wind development,” Welch said.

Fortis is offering US$22.57 in cash and 0.7520 of a Fortis share for each ITC share, totalling about US$44.90 per share, or 33 per cent more than before ITC announced on Nov. 30 that it was reviewing its strategic alternatives.

Under the deal, Fortis adds to its holdings ITC’s high-voltage transmission lines in seven states, Michigan, Iowa, Minnesota, Illinois, Missouri, Kansas and Oklahoma. As part of the transaction, Fortis will seek a listing on the New York Stock Exchange after the deal closes, which is anticipated to be in late 2016.

Its Canadian assets include FortisBC, which provides power including natural gas, electricity, propane and alternative energy to approximately 1.1 million customers in more than 135 communities in British Columbia. It also has FortisAlberta, which has 530,000 customers, and FortisOntario, which has 64,000 customers.

In addition to Newfoundland Power, the St. John’s-based company, which can trace its roots to the formation of the St. John’s Electronic Company in 1885, also owns Maritime Electric in P.E.I., UNS Energy in Arizona, Central Hudson in New York state and other holdings in the Caribbean.

In the U.S., Fortis owns Arizona-based UNS Energy with 658,000 electricity and gas customers and the Central Hudson transmission and distribution company in New York state. It also has a 60 per cent interest in a company that provides electricity on Grand Cayman in the Caribbean.

By David Paddon in Toronto, The Canadian Press

Truth and facts must prevail in Trans Mountain discussion: Weaver