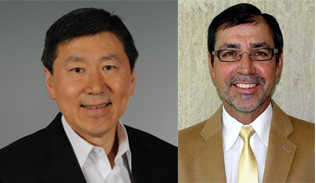 Vancouver: Peter Fassbender, Minister of Community, Sport, and Cultural Development and Minister Responsible for TransLink, has appointed two representatives to the TransLink board of directors.

New appointed to the TransLink board of directors are:

With their backgrounds in large operating agencies, Mr. Chu and Mr. Dinwoodie bring a wealth of experience to the table, which will be invaluable to the TransLink board as it provides leadership to the operations of TransLink. These new board members are well positioned to contribute their ideas respecting the values of fiscal prudence and accountability to taxpayers, principles which the Province believes are fundamental to any organization charged with delivering taxpayer-funded services.

Peter Fassbender, Minister of Community, Sport and Cultural Development and Minister Responsible for TransLink said, “Mr. Chu and Mr. Dinwoodie have extensive experience, not only at the civic level but at the regional, provincial and national levels as well – I am confident their contributions will be invaluable to the board as TransLink works to secure the confidence of the region’s taxpayers, both in relation to its fiscal management and its delivery of the transportation systems so important to the region.”

The new director of TransLink Jim Chu said, “I am enthusiastic to bring what I have learned from my time as chief constable of the Vancouver Police Department to this important role. I am passionate about transportation and realize just how important a safe and efficient transit system is to healthy, vibrant, growing communities. I look forward to working with the TransLink board to ensure that Metro Vancouver has the system we require for our future.”

Murray Dinwoodie, director, TransLink said, “During my years as city manager for the City of Surrey, I gained a deep understanding of the significant role the transportation system plays in the Metro region. I am eager to use this knowledge, and my experience working across communities, to assist the region, TransLink, and the mayors’ council to chart a path moving forward.”

Canada keen to set up horticulture varsity in Haryana