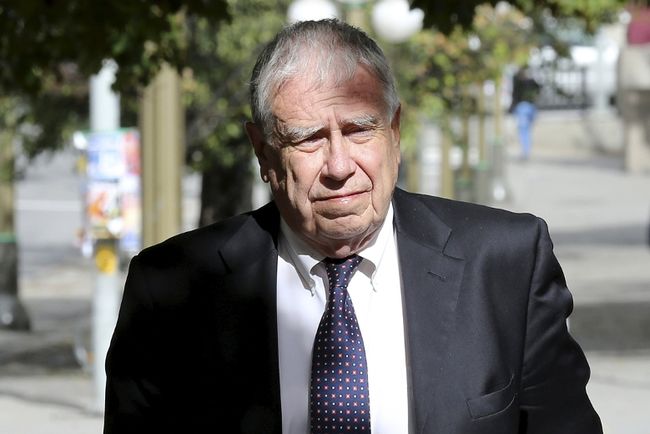 OTTAWA: A former top aide to Prime Minister Stephen Harper stood to benefit from his alleged involvement in attempting to persuade the government to buy water purification systems from the company employing his girlfriend, a court heard Monday.

Bruce Carson formally pleaded not guilty Monday to a charge of influence peddling in a trial that Harper’s opponents are using to question the prime minister’s judgement in making appointments.

The Ottawa court heard that Carson testified he was merely trying to help when he offered to assist an Ottawa-based company, H2O Water Professionals, in getting meetings in 2010 and 2011 with government officials.

Instead, Nicol said Carson was motivated by a desire to help his then-fiancee, Michele McPherson, leave behind her former lifestyle as an escort.

“It’s all about a pretty girl,” Nicol said as he read from the thick binders of evidence presented at Carson’s preliminary hearing, which were formally submitted Monday as evidence at his trial, which was expected to last just one day.

“She’s the only reason we’re all in this,” Carson said of McPherson in an email he sent to the owner of H2O Pros where he raised the issue of providing a commission for her.

Carson was a senior adviser to the prime minister from 2006, when the Conservatives first took office, to 2008.

The trial is proving to be yet another legal distraction for the Harper government as it campaigns for re-election.

In commenting on the trial at a morning campaign stop in Toronto, Liberal Leader Justin Trudeau referred to Carson as just one in a long list of dubious Harper appointments.

“Mr. Harper hasn’t been very good at choosing the kind of people who need to serve Canadians with integrity and ability,” said Trudeau.

The Carson case follows the trial of Sen. Mike Duffy, which forced the Conservatives off message during two weeks of campaigning in August.

The court heard that Carson indicated to H2O Pros owner Patrick Hill that he could arrange meetings with cabinet ministers and government officials to get a deal to buy water purification equipment from him.

The Crown also said Carson contacted the prime minister directly about the proposal.

Harper sidestepped questions about the trial on Monday, telling reporters in Kamloops, B.C. that the allegations are against a private citizen long after he was employed by his office.

The Crown said that even if Carson had no real influence, he certainly pretended to have it, and used it to his own benefit.

An Aug. 31, 2010 contract submitted as evidence showed McPherson was given a 20 per cent commission on any future sales of equipment to First Nations communities from H2O Pros.

A second compensation contract signed in Feb. 2011 saw the commission drop to 15 per cent.

Carson paid for a lawyer to draft both contracts, court was told.

Yet McPherson had “no background, no experience, nothing” in connection with water purification systems, the Crown said.

Carson told police he wanted to help McPherson put her former lifestyle as an escort behind her.

The court also heard that Carson convinced H2O Pros to pay $5,000 to buy a table at a Christmas party being held by the Assembly of First Nations, but subsequently turned around and gave the money to McPherson.

Carson has denied to police that he received any compensation for his involvement with H2O Pros.

The group Democracy Watch says the case against Carson shows Prime Minister Harper didn’t care about the ethics of people who worked for him as long as he thought they could help him gain and maintain power.

Hospital says it has received 3 victims from Ottawa shootings, 2...