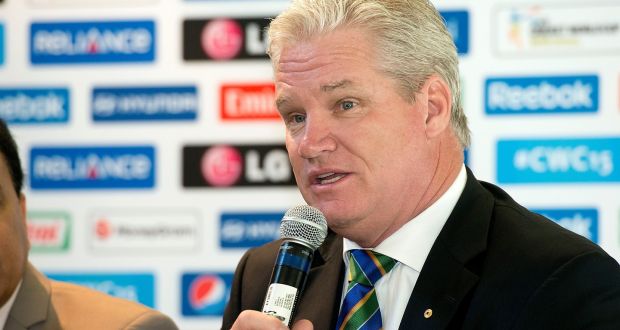 New Delhi (AP): Former Australia cricketer Dean Jones died of an apparent heart attack while in India to commentate on the Indian Premier League. He was 59.
Cricket Australia and Indian television network Star Sports announced Jones’ death on Thursday.
Jones represented Australia in 52 tests and 164 one-day internationals and was known for his strong fielding and often superb shot-making.
“Dean Jones was a hero to a generation of cricketers and will forever be remembered as a legend of this great game,’’ Cricket Australia chairman Earl Eddings said.
“Anyone who watched cricket in the 1980s and 1990s will fondly recall his cavalier approach at the crease and the incredible energy and passion he brought to every game he played.
“This is a truly sad day. Deano’s loss will be felt not just at home in Australia, but across the globe. Our thoughts and best wishes are with his wife Jane and daughters Isabella and Phoebe.’’