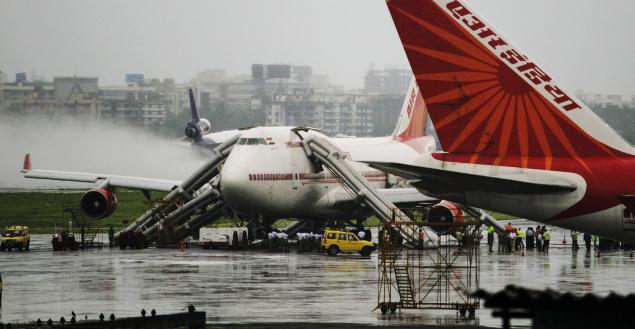 New Delhi, Sep 7 (IANS) A minor fire broke out on an Air India flight while landing at Delhi’s Indira Gandhi International airport on Monday evening, in which seven passengers were injured, police said. Air India, however, denied any fire or injuries to passengers.

“Varanasi-Delhi flight AI 405 caught fire while landing at runway No.27 at the IGI airport around 8.30 p.m. today (Monday),” said a police official.

The fire started after the hydraulic system of the flight reportedly failed.

“A total of 146 passengers onboard were evacuated safely and taken to the terminal building but seven of them received minor injuries,” said the police official.

However, Air India in a statement denied any fire in its flight and maintained that none of the passengers were injured.

“Air India flight 405 Varanasi-Delhi had an emergency landing due to hydraulic leak. This resulted in a few sparks at the nose wheel. There was no fire,” an Air India official said in the statement.

“All 146 passengers were evacuated safely and taken to the terminal building. No passenger was injured. Runway 27 has now been cleared. All passengers are being served dinner and taken care of,” the official said.