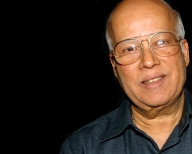 “It is with profound grief that we mourn the loss of Raj Kumar Barjatya, father of Sooraj Barjatya. May his soul rest in peace,” the official Twitter handle of Rajshri Productions said.

Rajshri Productions Pvt Ltd was established by the late Tarachand Barjatya in 1947. It is a film production and distribution company and has also produced titles like “Main Prem Ki Deewani Hoon”, “Vivah” and “Prem Ratan Dhan Payo”.

Raj Kumar’s son Sooraj Barjatya, who is in his 50s, resurrected the banner when it was on the verge of closing down when he directed “Maine Pyar Kiya”.