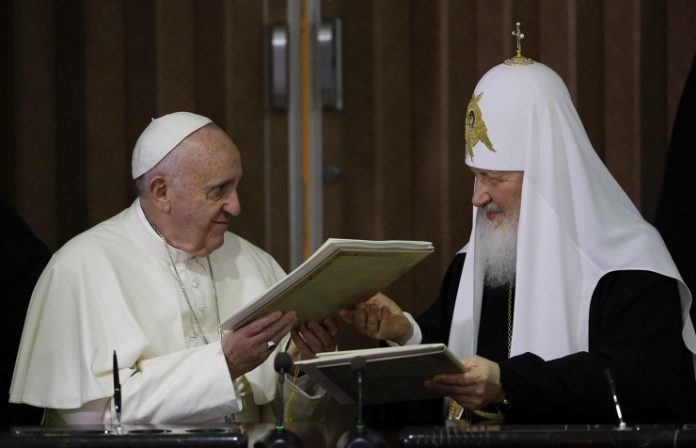 Havana, Feb 15 (IANS/AKI) The historic meeting between Pope Francis and Patriarch Kirill, the head of the Russian Orthodox Church, has brought hope to all the people of the world, Cuban leader Fidel Castro said on Monday.

The two religious leaders’ meeting in the Cuban capital on February 12 was of “extraordinary importance”, Castro wrote in the country’s official media.

“The fight for peace in the world is the most sacred duty of all human beings, whatever their religion, homeland, the colour of their skin or their age,” Castro wrote in state-run Cubadebate.

Pope Francis and Patriarch Kirill embraced when they met and issued a joint declaration pleading for world leaders to protect persecuted Christians and calling their meeting an “indispensable” example of civility for a world hit by violence, poverty and sectarian strife.

The meeting, the first between the heads of the Catholic and Russian Orthodox churches, also carried political overtones, coming at a time of Russian disagreements with the West over Syria and Ukraine.

A bank run by beggars, for beggars in Bihar town