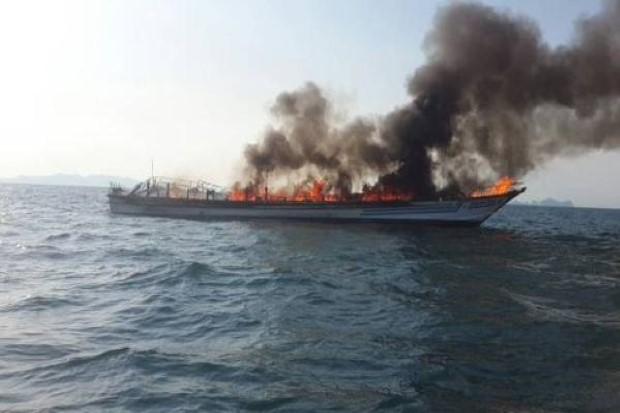 Bangkok, April 8 (IANS) A ferry carrying over 100 tourists exploded and burst into flames near Thailand’s Phuket Island on Wednesday, with an Israeli girl reportedly missing.

The 12-year-old Israeli girl, who was on board the ferry, was missing and rescue units were searching for her, the Bangkok Post reported on Wednesday.

There were 16 Chinese tourists on board the ferry when the accident happened at about 4 p.m, China’s consular office in Phuket said, citing a Chinese tourist who called the office for help, according to the Xinhua news agency.

The ferry was heading from Thailand’s Krabi province to Phuket, the consular office said, adding that the police were now investigating the cause of the accident.