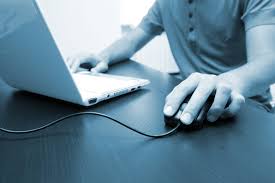 Ottawa: A new administrative scheme that would allow police to obtain basic information about Internet subscribers without a warrant is one option being considered by federal officials following a landmark Supreme Court ruling that curbed access to such data, Canadian police chiefs say.

The glimpse into federal deliberations about how to address the highly influential court decision comes in a newly published background document from the Canadian Association of Chiefs of Police, which is urging the government to fill the legislative gap.

Law-enforcement agencies require “real-time, or near real-time” access to basic subscriber information _ usually a telecommunications customer’s name and address _ to investigate everything from child sexual exploitation to terrorist threats, the police chiefs say in a resolution passed at their recent annual conference.

A researcher who has long pressed for more transparency around police access to subscriber data said Monday that law-enforcement agencies have yet to make the case for warrantless access _ especially since companies can make information available quickly in a genuine emergency.

“We’re not at a point where it’s clear the police have a legitimate concern,” said Christopher Parsons, a postdoctoral fellow with the Citizen Lab at Toronto’s Munk School of Global Affairs.

Telecommunications companies and other service providers _ such as banks and rental companies _ now demand court approval for nearly all types of requests from authorities for basic identifying information, the police chiefs say.

They reveal that a discussion paper spearheaded by the Department of Justice was recently presented to the federal, provincial and territorial cybercrime working group of senior officials. It outlined three legislative options for allowing access to basic subscriber information:

_ An administrative scheme that would not involve court approval;

_ A new judicial order process or a tweak to the existing regime;

_ A judicial order process for subscriber information with a greater expectation of privacy, and an administrative, non-judicial one for less sensitive subscriber data.

The chiefs say they will keep abreast of the efforts of the working group, which plans to meet next in November. At the same time, two of the chiefs’ own committees will develop legislative proposals.

The Canadian Press reported in November that the RCMP had abandoned some investigations because of the new hurdles that flowed from the Supreme Court ruling.

The police chiefs echo these concerns, saying criminal investigations are “often delayed and in some cases, not pursued” due to the challenges involved in getting a court’s approval.

Parsons wants police to release more statistical information about their requests. “They actually have to make the argument with data, so we can have an evidence-based policy discussion.”

He would also like to see civil society groups and others included in the discussions about possible legislative change.

The police chiefs say that before the Supreme Court ruling, it would take police less than an hour to complete a voluntary request to telecommunications providers for subscriber information, and they would receive a response the same day. Obtaining the same information now requires 10 to 20 times the amount of work and documentation as well as days of preparation to seek judicial authorization, and responses from providers can take up to a month, they add.

Rogers Communications, for one, saw a sharp drop in the number of requests for customer information from government and police agencies last year.

Rogers received fewer than 114,000 such requests for subscriber information in 2014, down from almost 175,000 the previous year, the company said in its annual transparency report, issued in April.