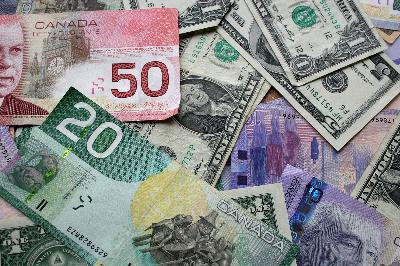 OTTAWA: The National Bank says the country’s fading economic prospects could put the federal government on track to run $90 billion in deficits over the Liberals’ four-year mandate.

In a report, the bank predicts the public books will sink deeper into the red due to the combination of a weakened economy and Liberal promises of billions in fiscal stimulus.

Report author Warren Lovely says if the bank’s downgraded growth profile comes to pass then Ottawa could lose $50 billion in revenue over the next four years.

The Liberals have pledged to run deficits in the coming years in order to spend $17.4 billion over its first mandate on infrastructure projects, which they predict will create jobs and generate economic growth.

Since coming to power, however, the Liberals have shied away from their election vow to keep annual deficits under $10 billion as the economy continues to falter amid falling commodity prices.

The Liberals have also promised to balance the budget in the fourth year of their mandate, a goal Lovely says will be difficult to accomplish without tax hikes or spending cuts.

In November, Finance Minister Bill Morneau said the Liberal government had “inherited” a gloomier fiscal situation from its Conservative predecessors, including a $3-billion deficit forecast for the current fiscal year.

“Repeated downgrades to the national growth outlook have nonetheless dealt a heavy blow to the federal budget balance,” Lovely wrote in his report, published Wednesday.