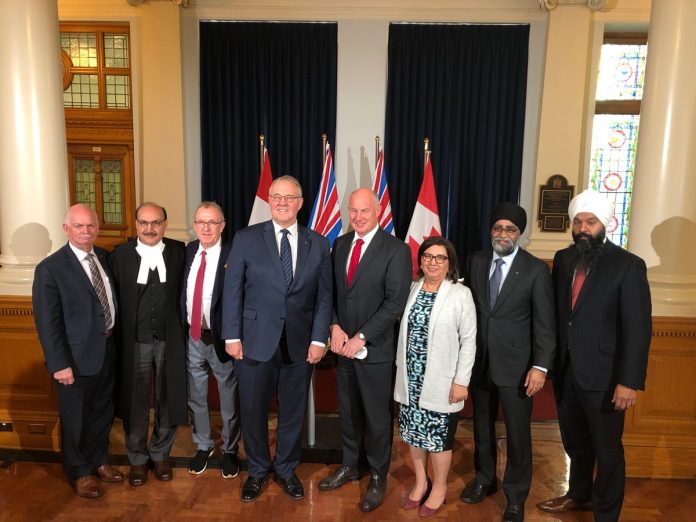 Victoria: The federal government says fighting gun and gang violence in Canada requires collaborative, multi-pronged approaches that involves all levels of government and communities of all sizes.

“This is not simply just happening in large cities,” he said. “Smaller cities are facing this challenge too, as are rural and Indigenous communities.”

Blair said the federal government will provide more than $327 million over the next five years to support initiatives to reduce gun and organized gang crime across Canada as part of its Initiative to Take Action Against Gun and Gang Violence. B.C. is slated to receive $30 million over the five years, he said.

“In my experience we cannot simply arrest our way out of the problem of rising rates of gun and gang violence in our communities,” Blair said. “We must invest in our kids, in our communities and in community safety.”

He said gun violence and gang-related shootings are on the rise in Canada.

“Shootings have now become the most common method of homicide and gang-related homicides are perhaps the greatest aggravation,” said Blair.

Statistics Canada reported last November that Canada’s homicide rate reached its highest point in a decade in 2017 due to the spike in deaths from guns and gangs.

“Gang-related homicides committed with a firearm represented 12 per cent of all homicides in 2015,” Statistics Canada said. “By 2017, this proportion had grown to 21 per cent.”

The agency said there were 660 reported homicides in Canada in 2017, an increase of nearly eight per cent from 2016.

Blair said the government’s plan to reduce gun and gang violence involves improved data collection, better intelligence sharing among law enforcement and other agencies, and enhanced methods to identify gangs and their members.

“There needs to be support for prevention, intervention and rehabilitation,” he said.

He said the federal money will be used to implement prevention and enforcement efforts in priority communities in B.C. struggling with organized crime.