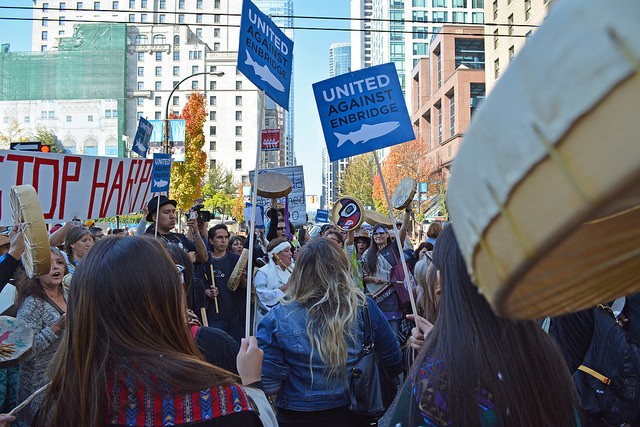 VANCOUVER: The Canadian government is asking the Federal Court of Appeal to uphold its controversial decision to approve the Northern Gateway pipeline project.

First Nations, environmental groups and a union are asking the court to quash the decision because of an alleged failure to consider environmental threats or consult with aboriginal bands.

The government approved the $7-billion proposal from Enbridge (TSX:ENB) in June 2014 with 209 conditions, including the creation of plans to protect caribou habitats and marine mammals.

A lawyer for the government says a federal review panel concluded the conditions would mitigate nearly all the ecological risks associated with the plan to link Alberta’s oilsands with British Columbia’s north coast.

Jan Brongers says the Joint Review Panel found that threats to grizzly bears and caribou were justified given the pipeline’s expected long-term economic benefits to Canada.

He says the panel heard oral and written evidence from First Nations and determined the project would not have significant adverse effects on traditional use of their lands.

Lawyer is seeking a court order to prevent Alberta premier from...