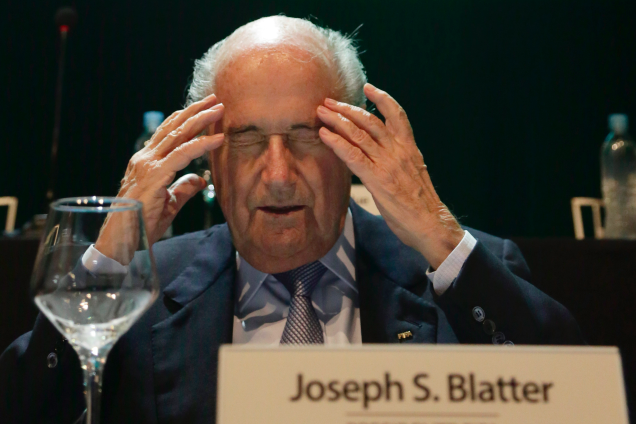 FBI is also looking at the relationship between FIFA secretary general Jerome Valcke and Ricardo Teixeira, former president of the Brazilian Football Federation and head of the 2014 World Cup Organising Committee, according to a report in the Brazilian newspaper Estado de Sao Paulo.

The report also said American investigators are looking at any possible wrongdoing by FIFA and Texeira. FBI is examining the contracts for the 2014 World Cup between FIFA, its business partners and suppliers.

Russia and Qatar have denied wrongdoing in the conduct of their bids for the 2018 and 2022 tournaments. The FBI is also scrutinising the stewardship of FIFA by Sepp Blatter, the US regulation enforcement official, who spoke on condition of anonymity, told forbeslist.net.

Former FIFA executive committee member and American citizen Chuck Blazer testified in a US court on Wednesday that he and others in the governing body agreed to accept bribes in bidding for the 1998 and 2010 World Cups and other tournaments.

Valcke and Texeira are both on the FBI’s list of suspected financial crimes and involvement in fraud related to football. The FBI is focussing on the relationship between Valcke and Teixeira and possible deals between them. The US Justice Department has not confirmed the development.

Valcke is at the centre of the corruption scandal after a letter addressed to him by the South African government relating to a $10 million payment to the indicted former FIFA vice-president Jack Warner surfaced. He has denied the allegations and is not under indictment and prosecutors have not accused him of corrupt behaviour.

Recent Brazilian media reports have said Valcke’s son, Sebastian, has been working for the Brazilian Football Federation since last September as a marketing consultant.