The disease – the effects of which are generally reversible with years of rehabilitation – had Andrew Tippett in G. F. Strong Rehabilitation Centre for several months before being able to return to his new home last Friday.

For his homecoming, Savard – a fourth-year information technology student at Kwantlen Polytechnic University (KPU) – reached out to KPU’s school of horticulture for advice on how to transform her front lawn into a putting green where Tippett could regain strength by practicing the game he loves.

“When I contacted the Kwantlen School of horticulture for advice on building a putting green for my ill husband, Andrew, I never dreamed it would turn into such a wonderful experience. Being a student at Kwantlen, I knew that we had top instructors, but this time, they went above and beyond the call of duty,” Savard said.

The next step was transforming Savard and Tippett’s 550 square foot yard (just over 50 square metres) into a surprise putting ground before Tippett returned home.

“From the project management aspect and coordination of various resources to the human aspect, ensuring that Andrew would be comfortable on the big day for the ‘reveal’, Stan and his crew of volunteers really did an exceptional job. They understood the passion for golf that my husband has and demonstrated the same passion for their trade which resulted in the delivery of a phenomenal putting green,” said Savard.

After nine hours of relocating sod, installing paver paths and a new irrigation system, amending and leveling the rootzone and laying the putting green sod, the renovation was complete.

“Words cannot express my gratitude and admiration for the work that the volunteers from Kwantlen University did for our son Andrew on June 20. What a remarkable act of kindness and such a professional job they did in laying a great putting green,” said father Rick Tippett.

“This installation will allow my hubby to keep active while recovering at home and continue playing the sport that he loves so much. Kwantlen University will forever be part of our lives, not only as my graduating institution but also as the great group of people who stepped up and became part of Andrew’s road to recovery. ‘Thank you’ just doesn’t seem to quantify our gratitude,” Savard said. 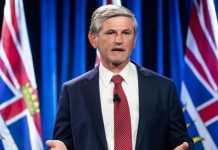 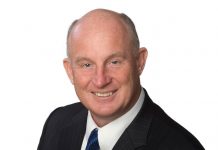