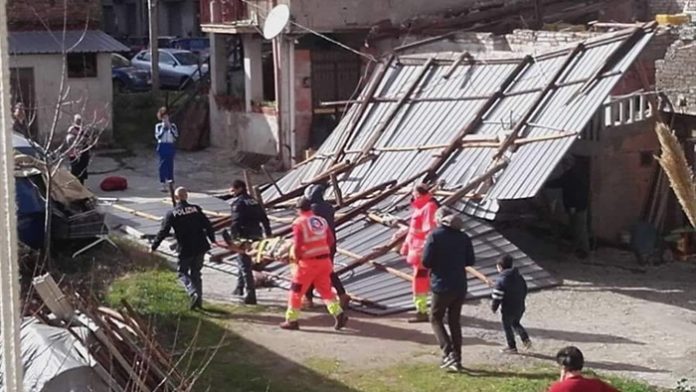 Rome, Feb 29 (IANS/AKI) A woman died in northwest Italy when a slab of ice and rocks than fell from a roof, bringing to at least six the number of people killed in severe storms across several part of the country over the past three days.

The unnamed 50-year-old woman’s skull was fatally fractured in the accident near a nursing home in Limone Piemonte where she worked and she died at the scene.

Three people were killed in southern Italy on Sunday – one in Calabria and two in neighbouring Campania – in accidents involving trees uprooted by gales.

Fifty-one-year-old farmer Rocco Montorro was killed in Candinoni, Calabria, when gale-force winds caused a large eucalyptus tree to fall on his car.

In Campania, a 60-year-old jeweller and his wife were killed in similar circumstances after their Volvo car smashed into a large tree that fell across the highway they were driving down near Caserta.

In the northeast Veneto region, an unnamed 50-year-old man drowned after slipping into the swollen river Tione near Verona during a storm and was swept away by the current.

In the eastern Marche region, an 80-year-old man died after his car skidded off a slippery bridge and plunged into a stream in Sant’Angelo in Pontano in the province of Macerata.

A boy was treated in hospital for a blow to the head in the Calabrian town of Rombiolo and in Cozenza, an elderly man was injured when he was struck by a tile.