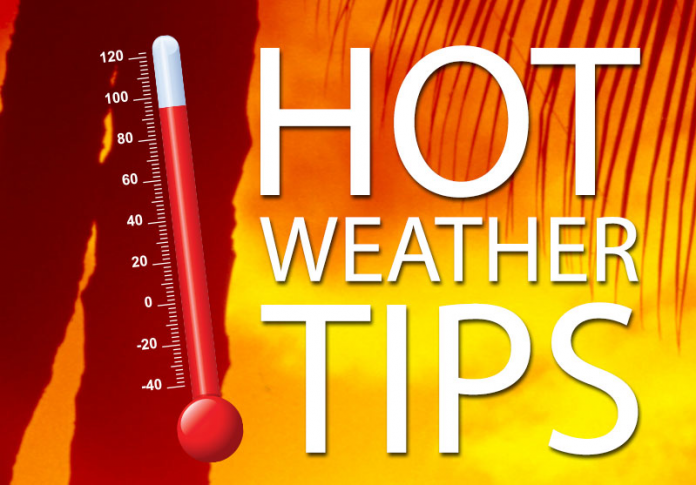 Hot weather, the elderly, children and people with chronic conditions:

Everyone is at risk of heat related illnesses but seniors and children and anyone with chronic health conditions tend to be much more vulnerable. We spoke with Tesline Juma a spokesperson with Fraser Health Authority about some of the important things to be aware of.

“The symptoms, from mild 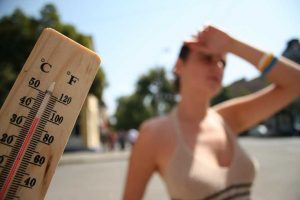 to severe, that can be related to heat illnesses are, dizziness, confusion, fainting, collapsing and in extreme cases even death. There are a few things we can do to prevent that:
– Stay hydrated. Drinking lots of cool beverages, particularly water. People should not wait until they are feeling thirsty to drink, just keep sipping water at regular intervals.
– Stay cool, particularly between 11 am and 2 pm. Keep out of the sun during that time. It might seem obvious, but for many people, their accommodation may be too hot for safety, so they could go to places with air conditioning like shopping centres, senior’s centres, libraries and other public places.
– Family members should check on their senior members regularly, drop by to see they are staying cool and hydrated. People often have fans, but to enhance the cooling effect, if people wipe themselves down with a cool damp cloth the fan will evaporate the water from the skin similar to perspiration and enhance the cooling effect. Family members could also help seniors get to cooler environments like malls, restaurants and so on.
– People’s appetites tend to diminish in the heat. Focus on food with high water content like lettuce wraps, lots of fruits, frozen strawberries and blueberries and best of the best being water melon.”

“If an elderly person starts to become affected by the heat, call 911. Symptoms can include feeling lethargic, developing a headache and nausea, lightheadedness, dizziness, all of which are similar with children as well.”

“With children, they forget to drink water, so encourage a water drink break, watered down fruit juices, sun screen, hat, and just because they are at the water park and the pool doesn’t mean they don’t get dehydrated, so keep giving them lots of liquids, preferably not sugary drinks as that can lead to dehydration. Water is always the best option.”

People with chronic illnesses could apply most of the above advice to staying cool, but should consult their doctors as well. Their families need to stay vigilant.

Good advice for all includes proper eyewear as obscured vision can lead to accidents and falls, as can improper shoes. As tempting as it may be to wear sandals, be aware that they can catch on obstacles and cause a fall.

Caring for animals in the heat

Some people want to take their animals, particularly their dogs everywhere with them, but when the weather becomes extremely warm it might be time to leave them in a cool place at home.

Lorie Chortyk is the General Manager of Community Relations for the Vancouver branch of the BC SPCA and she agrees that taking animals in cars in this weather is not a good idea.

“Unfortunately, and it’s the same every year. We get hundreds of emergency calls about hot cars, as do the police. I think that people still think that if their car is parked in the shade, with windows open, that it’s okay. Unfortunately people forget that dogs don’t perspire like humans, and although we might think that the car isn’t that hot, the pet’s internal temperature will rise much more quickly.

If it’s about twenty-six degrees outside it can rise to about thirty-six degrees in the car within ten to twenty minutes.   Unfortunately every year we’ve responded to calls where dogs have died in cars and they’ve been there a short amount of time. So basically, never leave dogs in cars in hot weather even if you’re parked in the shade and even if the windows are open.

When it comes to walking or exercising their pets, people often observe the same routines for exercising their dogs all the time, and don’t consider changing the routine when the temperature goes up. The SPCA recommends you exercise them early in the morning or later at night when the temperatures are cooler, never in the heat of the day. Shorten the period to a fifteen-minute walk, and always have water with you, and a cheap little collapsible bowl, and keep your dogs on the grass rather than the sidewalk or the road because they can burn their pads on the hot surfaces.

Homes can become as hot as cars at times and people don’t recognize the same hazard.

“People will often locate a cage near an open window. But if the sun comes around to shine into these little habitats, it can become like a little oven. We recommend that you move any cages away from the window. If I go out, I leave my puppy in a big crate with two fans blowing over a big bowl of ice cubes to help keep him comfortable, and as the ice melts he has access to water.”

If you find your pet in distress watch for this progression to heat stroke: It starts with exaggerated panting, then moves from laboured breathing to drooling, then they will begin to stare vacantly and perhaps develop a lack of coordination. At it’s extreme they may suffer convulsions and will eventually collapse. Get the animal to a cool shady place, wet them down and fan them, but don’t use ice as it will actually restrict their blood flow, and place cold towels on the stomach and inner thighs, then get the animal to a vet right away.