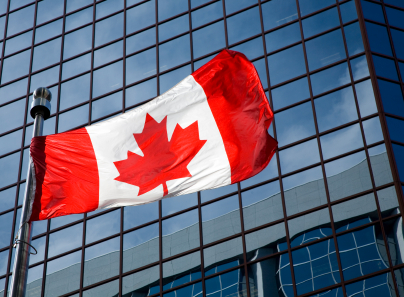 Ottawa: Canada’s Citizenship and Immigration Minister Chris Alexander launched Express Entry on Jan 1. The minister boasts it as a highly anticipated new application management system designed to get people with the skills to succeed in Canada’s economy here faster than ever.
Skilled workers who want to apply to Canada’s key economic immigration programs are able to create an online profile and express their interest in coming to Canada permanently. The mostly-computerized process replaces the decades-old system which saw applications processed in the order they were received.
Now, the government will be able to cherry-pick immigrants they believe are most likely to succeed.
Would-be immigrants will be required to fill-out an online profile and will be assigned a score, based in part on whether they already have a job offer in hand.
Regular draws will be held to pull top ranked candidates from the pool and only they will be invited to apply for permanent residency.
Chris Alexander, Canada’s Citizenship and Immigration Minister said on the occasion, “Our government is focused first and foremost on job creation and economic growth. With the launch of Express Entry, Canada will be able to attract skilled newcomers who can succeed in, and help grow Canada’s economy.”

Candidates who meet the minimum criteria will be accepted into the pool and will be ranked according to various factors. These include language proficiency, education and work experience. Each is a leading indicator of one’s likelihood of integrating fully and quickly into Canada’s economy and Canadian society.
The highest ranking skilled workers will be invited to apply for permanent residence and most will see their application processed in six months or less. The first invitations to apply will be issued during the last week of January.
Express Entry marks major progress for skilled foreign nationals and employers alike. Express Entry will allow Citizenship and Immigration Canada to identify those who are most likely to succeed economically in Canada, instead of simply processing applications on a first-come, first-served basis. This will result in faster processing and will allow the Government of Canada to be more flexible and respond better to Canada’s changing labour market needs.

• Express Entry will manage applications for three federal economic immigration programs: the Federal Skilled Worker Program, Federal Skilled Trades Program and the Canadian Experience Class.
• Provinces and Territories will be able to use the Express Entry system to select a portion of candidates for their Provincial Nominee Programs.
• Once candidates have been invited to apply for permanent residence they will need to complete the immigration process, which includes health and security checks. Complete applications will be processed in six months or less.
• Canada has admitted more than 1.6 million new permanent residents since 2006, and will admit between 260,000 and 285,000 in 2015 alone. There are many reasons the world’s best and brightest Choose Canada.