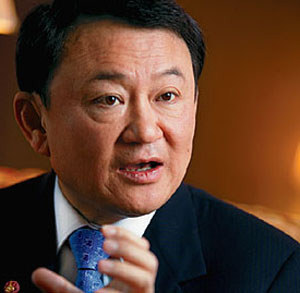 Bangkok, Aug 21 (IANS) Thailand’s former prime minister Thaksin Shinawatra, whose party was overthrown by the current military junta, has offered $196,448 for the arrest of those behind the bomb attack here early this week that killed 20 people.

Two million baht (around $56,000) will be given to whosoever providing information leading to the capture of the perpetrators and five million baht to officials who successfully investigate the case and carry out the arrests, Thaksin’s oldest son, Oak Panthongtae, said on social media, reports Efe.

Thaksin, who governed the country from 2001 until being ousted in a coup in 2006, is in exile in Dubai and is among the richest men in Thailand.

The compensation announced follows around $140,000 already offered by the Thai authorities, to be distributed among those who facilitate their capture and the officers who make the arrests.

Thai police are looking for 10 suspects in Monday’s explosion, including the individual who placed the bomb near the Erawan Shrine in central Bangkok.

The police are investigating the incident, but despite strict security measures at airports and borders no suspects have yet been apprehended.