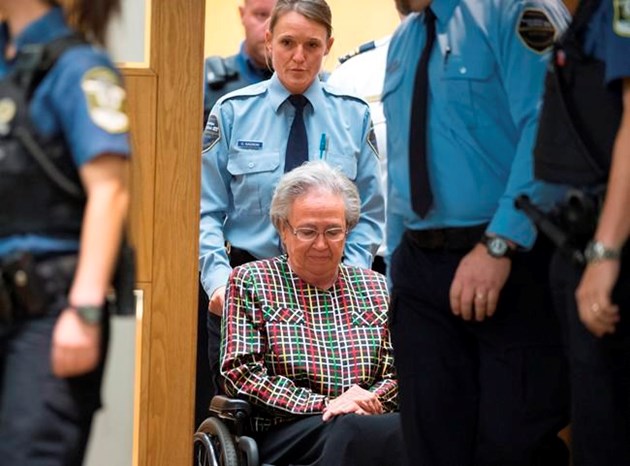 QUEBEC: A legal saga that has spanned six years and involved the Queen’s representative in Quebec took its most dramatic turn yet Wednesday when former lieutenant-governor Lise Thibault was given an 18-month prison term for fraud.

Quebec court Judge Carol St-Cyr highlighted Thibault’s “culture of deceit” and her mitigated remorse as he handed down the sentence in a jam-packed courtroom.

“It is important that the public know this behaviour was highly reprehensible,” he said.

“A sentence in the community would not satisfy the legal requirements to maintain the confidence of citizens with regard to public institutions.”

Thibault’s lawyer, Marc Labelle, immediately signalled he would appeal the sentence and try to have her released from prison pending those proceedings.

“We can say it (the sentence) is too severe because it isn’t to be served in the community,” Labelle told reporters.

Thibault, 76, was to spend at least Wednesday night behind bars after being taken away in handcuffs in her wheelchair.

Crown prosecutor Marcel Guimont expressed satisfaction with the sentence, even if it is shorter than the four years he had asked for.

Thibault was also ordered to reimburse $200,000 to Ottawa and $100,00 to Quebec after pleading guilty to fraud and breach of trust charges.

She was charged in 2009 after a report two years earlier by the federal and provincial auditors general revealed she claimed more than $700,000 in improper expenses when she held the vice-regal post between 1997 and 2007.

Her trial heard the money was spent on gifts, trips, parties, meals and skiing and golf lessons.

Besides the four-year jail term, the Crown was seeking the reimbursement of $430,000.

Labelle said last May the maximum Thibault should pay back is $372,000 and that $272,000 should come from money left in her foundation, which helps the disabled.

Thibault originally pleaded not guilty but switched pleas last December because, according to Labelle, she came to a better understanding of the evidence and the law.

She testified at the trial she had little to show financially for her time as vice-regal _ that a divorce ate into her savings and that she lived on a $30,000 pension.

St-Cyr also ruled against a pair of motions filed by Labelle, who argued the case should be dismissed because the accused benefited from royal immunity.

Labelle said that meant Thibault was not a civil servant and therefore could not face criminal charges.

The judge said that, according to constitutional law, the lieutenant-governor does not enjoy the same benefits as the Queen.

Thibault burst into tears last May when St-Cyr asked her whether she had anything to say following the Crown’s recommendation she receive the four-year prison sentence.

“I never thought for one second I’d be standing before you,” an emotional Thibault told the judge.

“Since my youth, I’ve always helped everyone…I can’t imagine that my grandchildren will have a memory of their grandmother being treated like a thief.”

Government of Canada announces $50 million in funding for temporary housing...