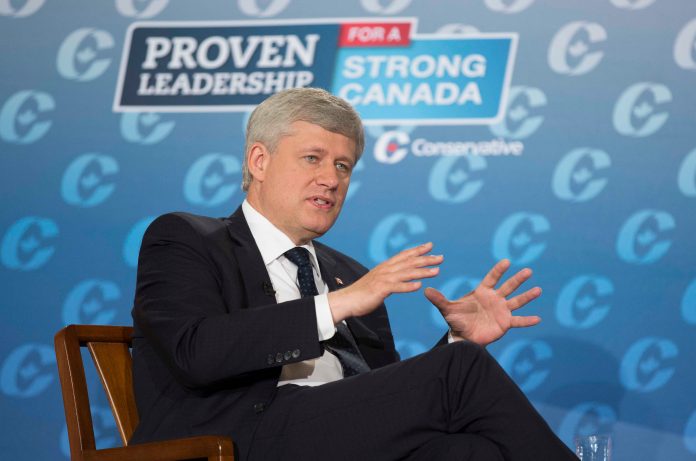 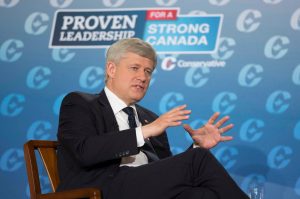 OTTAWA: Whose story to believe on the 2013 backroom deal between the Prime Minister’s Office and Sen. Mike Duffy, that of Stephen Harper’s former lawyer or his closest aide?

Benjamin Perrin, who worked for a year inside the PMO as both counsel and policy adviser, laid out in court Thursday how he first heard that Duffy would never pay a cent of his $90,000 in contested Senate expenses, even though the public was told otherwise.

In a scandal that has become as much about alleged coverups as public dishonesty, Perrin’s testimony could turn out to be the most politically damaging yet.

What he had to say directly contradicted the version of events put out last week by the Conservative campaign, which has gone to great lengths to shield Novak and say he never heard of Wright’s plan.

“It’s unfathomable that Ray would be aware of a payment from Nigel to Mr. Duffy and not tell the prime minister. That’s just unfathomable. It’s not the case.”

Harper himself has rejected pointed, specific questions about what Novak knew and when he knew it. On Thursday, he said his current chief of staff continues to enjoy the confidence of the prime minister.

Neither Teneycke nor Novak, both of whom are travelling with the Conservative campaign, responded Thursday to requests for comment.

Perrin, a tenured University of British Columbia law professor, was one of the most relaxed, upbeat witnesses that the trial has seen to date. He sometimes turned to speak directly to Justice Charles Vaillancourt, and asked on different occasions if he could expand on his answers.

He shared small details about his personal life, including a toddler-parent yoga class he attended while emails flowed into his BlackBerry.

Crown prosecutor Jason Neubauer took Perrin through the negotiations he was asked to take care of with Duffy’s former lawyer Janice Payne between February and March 2013.

The PMO was trying to strike a deal that would see Duffy publicly admit he might have made a mistake on his expense claims, while they would see about having an audit into him cut short.

It wasn’t until well into these talks that Perrin said he found out Duffy would not be repaying the money himself, but that Wright would do it out of his own pocket.

On March 22, 2013, a conference call was organized involving Payne, Perrin, Wright and Novak. Shortly beforehand, Perrin said he went into Wright’s office to brief him on where things were at _ it looked like Duffy wouldn’t play ball, and wanted to fight for expense claims he had always maintained were legitimate.

Novak came in during Perrin’s summary.

“At this point, Mr. Wright interjected and said that, ‘Sen. Duffy will be going ahead with repaying his expenses because I will be repaying,”’ Perrin said, adding that he was surprised.

“And so, because I was so surprised, I looked to my right to see Mr. Novak’s reaction, and he didn’t have any reaction to that information.”

Right after that, Perrin says the conference call began and the three men on the call were introduced to Payne on the other end.

Wright did all the talking, saying a previous agreement to have an audit of Duffy’s expenses rendered moot had fallen through. Payne said Duffy wouldn’t follow through with a commitment to repay.

“After she had finished speaking, then Mr. Wright said to her, ‘Well, Sen. Duffy is going to go ahead and repay that because it’s coming out of my pocket,”’ Perrin said.

“He said it very matter of factly, and what surprised me was that without skipping a beat, Mr. Wright and Ms Payne proceeded to discuss how this funding would be provided…”

Perrin added that Novak was “was present throughout the call,” even though he didn’t speak.

Perrin’s testimony also contrasts with that of Wright, who at first testified under cross-examination that only Perrin and himself were on the call with Payne.

When further prompted by defence counsel Donald Bayne earlier this week, Wright said Novak had just popped in and out of the room.

Perrin also revealed that at one point during the Duffy “ordeal,” he decided he needed to tell Wright that expecting an independent audit firm like Deloitte to call off a review would be unrealistic. Wright and senior aides in the PMO had been trying to make sure through Deloitte that if Duffy repaid his expenses, that the audit would be neutralized.

He said that as soon as Wright offered to repay the senator’s expenses, Duffy’s lawyer did not raise again any of the bones of contention that had prevented a deal. Within days of the conference call, Wright sent along his cheque and Duffy repaid the receiver general.

The Crown has been trying to demonstrate that it was Duffy who was setting conditions and trying to extract the cash.

He has pleaded not guilty to 31 counts of fraud, breach of trust and bribery.

The entire Duffy controversy was sparked in late 2012 when reporters and legal experts began questioning both Duffy’s housing allowance claims and his eligibility to sit in the Senate for Prince Edward Island. Duffy had lived and worked in Ottawa for decades before Harper made him a senator.

Perrin said the PMO was interested in protecting Conservative senators from such questions. The Constitution points to two main qualifications _ that a person hold $4,000 worth of real property in the province and that they be “resident” in the province.

It’s the resident part that had become contentious for Duffy, as well as Saskatchewan Sen. Pamela Wallin and Nunavut Sen. Dennis Patterson.

Perrin wrote a memo for the prime minister in February 2013, after he researched the limited jurisprudence on the issue and other legal materials. He proposed a test for residency, which would include a number of “indicators.”

“I was immediately taken aback by the prime minister’s decision that if you simply owned $4,000 worth of property, that made you a resident,” Perrin said.

“To me, both legally and practically, it seemed untenable. I would not be able to consider myself a resident of Nunavut having never visited there simply by having $4,000 of real property.”