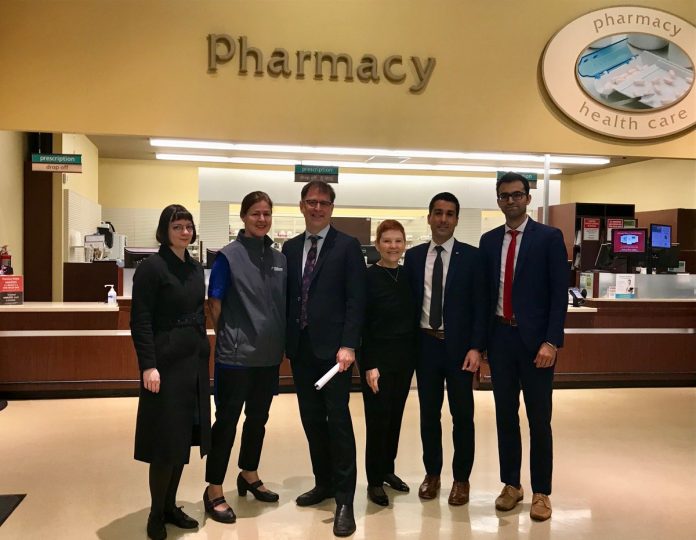 Vancouver: The first anniversary of a $105-million investment over three years in Fair PharmaCare deductibles and co-payments shows that the changes are making a real difference in people’s lives.

“In the first three months since government made the changes to Fair PharmaCare, around 88,300 more lower-income families have benefited,” said Adrian Dix, Minister of Health. “This means fewer people are having to make the difficult choice when going to the grocery store between either buying food and daily necessities for their family or prescription medicine.”

These changes made to Fair PharmaCare mean that households earning up to $30,000 in net income annually no longer pay deductibles and the provincial government pays 70% of their eligible prescription drug costs right away.

Previously, a household earning a net annual income between $15,000 and $30,000 would have to pay between $300 and $600 in deductibles before Fair PharmaCare would start to provide coverage assistance.

“This was the first-ever change to Fair PharmaCare deductibles and co-payments since the program was created 16 years ago,” Dix said. “Previously, anyone registered with Fair PharmaCare, even people with the lowest incomes, would have to pay out-of-pocket before receiving 100% coverage. For example, under the previous coverage levels, a family earning $11,250 net a year was required to spend $200 on prescription drug co-payments before PharmaCare would cover the full cost of eligible prescription drugs.”

Ministry of Health data show a link between low-income levels, deductibles and decreased drug spending, indicating that families will forgo filling prescriptions due to the cost of deductibles and co-payments. They will opt for other essentials, such as housing and groceries.

“A dollar only stretches so far, and no one understands this more than people living on low incomes,” said Gudrun Langolf, president, Council of Seniors Citizens’ Organizations of B.C. “Choosing between food or prescriptions is a reality many seniors faced, and I applaud the B.C. government for taking the long-awaited action to provide relief and make it easier for people to get the prescriptions they need.”

The provincial government has also made life more affordable for British Columbians by eliminating Medical Service Plan premiums, saving individuals up to $900 a year and families as much as $1,800 a year.

“I have been a pharmacist for more than 12 years and can tell you medication affordability is always among the top concerns that patients have,” Keith Shaw, president, BC Pharmacy Association and pharmacy district manager at Sobeys, which operates Safeway. “I want to thank B.C.’s pharmacists for their important role in ensuring the introduction of Fair PharmaCare was as seamless as possible for our patients. Providing accessible, affordable health care for British Columbians is something that B.C.’s pharmacists are proud to support.”

This plan for enhanced coverage for essential medicines for lower-income British Columbians involved collaboration with the BC Green Party caucus, and is a foundational step toward the Confidence and Supply Agreement commitment to address prescription drug costs.