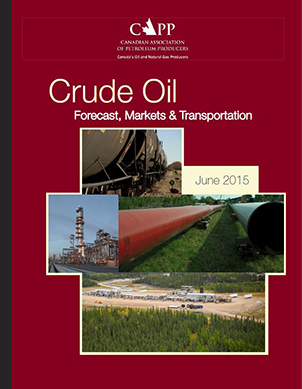 By Lauren Krugel, The Canadian Press

Calgary: The low price of crude today is expected to put a damper on Canada’s oil output 15 years from now, according to a new forecast by the Canadian Association of Petroleum Producers.

The CAPP predicts the country’s total daily oil production will hit 5.3 million barrels by 2030 _ a 43 per cent increase over 2014 levels.

But that’s 17 per cent less than what the association predicted a year ago when crude was above US$105 a barrel. Right now, it’s around US$60 a barrel.

The 2014 and 2015 forecasts follow a similar trajectory for most of the forecast period, but diverge in later years.

No big change is expected in oilsands projects that are up and running or under construction, but some longer-term projects have been shelved due to the price uncertainty.

Greg Stringham, CAPP’s vice-president of oilsands and markets, said new pipelines to the East, West and U.S. Gulf Coasts will be necessary, despite the slower growth.

“By the end of our forecast…all of the proposed pipeline systems do become used. And from that perspective, it didn’t really change that outlook when many people would have been looking at it saying ‘Well, it’s a slower pace. We may not need all that (pipeline space).”’

Crude-by-rail will also continue to be an important way to transport “swing supply” to get crude to markets that aren’t served by pipelines, said Stringham

The group surveyed its members in March and April of this year about their investment plans.

Total investment across the oil and gas industry is predicted to come in at $45 billion in 2015, down nearly 40 per cent from last year. In the oilsands, capital investment is seen dropping by nearly a third.

Stringham said there is some upside to developing Canada’s resources at a more moderate clip.

“The slower pace does mean that there is some additional labour availability. Some projects have been coming in on time and on budget. The last eight that I’ve seen have done that,” he said.

“From that perspective, I think it does help on the competitiveness side of things.”

Point of Sale (POS) Terminal Fraud on the Increase!