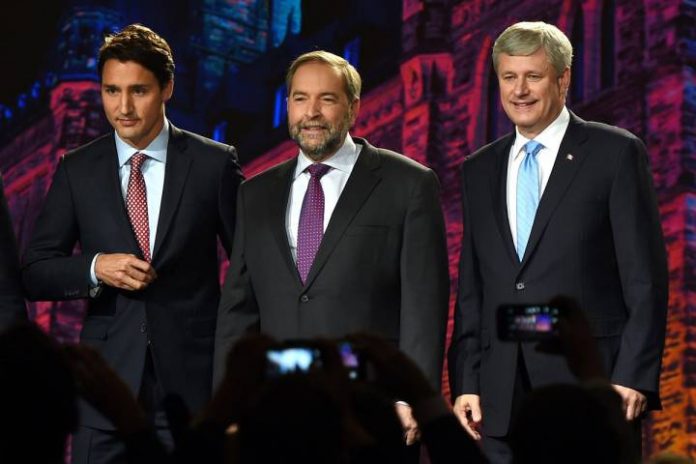 – What Are The Biggest Issues Off The Top for Trudeau?

Stephen Harper: On election night, Prime Minister Stephen Harper made a concession speech that was on the high road, accepting all responsibility for the result. But he did not mention his future as leader. While he was speaking, it was reported that he had instructed his party that he would step down as the leader.

Dr. Shinder Purewal, Political Science Professor at KPU was asked to broaden his perspective to discuss the future of the Conservative leadership, that of Tom Mulcair, and offer his opinion on the first major issues facing Prime Minister Elect, Justin Trudeau.

“He didn’t address the future of his own seat in Calgary on election night, because I don’t think he wanted to disappoint the people of his Calgary riding, that he’s stepping down the second day after the vote. We’ll see how that plays out,” said Purewal.

Purewal added that the Conservative Party could make some major progress if they considered a number of the talented women who were re-elected, such as Rona Ambrose, Lisa Raitt, Kellie Leitch, or others.

Tom Mulcair: “I think he has no choice but to step down,” said Purewal. “If he stays on there will be in-fighting within the caucus. He had a chance, and like Adrian Dix he blew it. Although the issue of the niqab was the turning point, it wasn’t the key issue. NDP supporters expect a strong voice for social programs, pensions, more employment, and investment in infrastructure. You don’t expect the leader to start promoting austerity measures like the International Monetary Fund would dictate. It’s not a Social Democratic position. So he was trying to be fiscally Conservative during the campaign and that set the scene for his demise. Then the proverbial last straw was the niqab issue which ironically stuck more to him despite Trudeau holding the same view.”

The major issues off the top:

Gender-Balancing the Cabinet: “Demographically, it promises to be a different looking government, given Trudeau’s commitment to gender parity. There were more women elected (88) than before (77), however because of the increase in seats in the house, the percentage of female MP’s dropped. But still women are 51% of the Canadian population so if they ever reach that number, I would say, yes Canada’s on the right track. If he makes good on gender balance in the cabinet, that would be a huge thing. That would mean 12 to 15 women. It may also hinder his choices of many of the big shot males with expectations that some of them will be in the cabinet.”

Legalization of Marijuana: “This was an effort to engage the youth. How is it going to be done? We don’t have any example of any state legalizing and managing it properly.
(Currently just underway in Washington, Colorado and Oregon, but still working out the kinks- ed.)

Taxing Who? “It’s a majority government, but how is he (Trudeau) going to deliver billions in spending yet offer tax breaks to the middle class and tax the rich? So if you are promising tax cuts to a majority of Canadians and also spending a lot of money, eventually you will have huge deficits.”

Electoral Reform: “This is an issue that many have forgotten, but Trudeau started campaigning on electoral reform. He said this would be maybe the last time we vote in the “first past the post” system. Is he actually going to go through with this? If we had that system this time, he would only have 40% of the seats.”

International Changes: “Trudeau says he’ll pull out of the combat missions. This will be more difficult than it appears. We are part of the NATO Alliance and if the other partners are agreeing to fight ISIS we can’t continue to say no to all kinds of missions. We are not a super power so we have to go along with our partners.”