Surrey: Monday evening, October 19, the complexion of Canada changed dramatically. After nine and a half years of Conservative government led by Stephen Harper, the electorate decided it was time for another Prime Minister named Trudeau. The changes across the political map Lower Mainland were significant, particularly in the ridings south of the Fraser.

Several days before the election, Political Science Professor, Dr. Shinder Purewal, of Kwantlen Polytechnic University applied his perspective to suggest how the election would turnout. He said we might see a minority government, possibly Liberal, possibly Conservative. He felt Dianne Watts would win South Surrey White Rock but added “I wouldn’t be surprised if the Liberals took this one as Higgenbotham has run here before and is a familiar name to the electorate.” Close and worth half a cigar!

Turning to Cloverdale-Langley City, he viewed that new riding as the safest riding, suggesting Watts would have been safer running here. According to the results, no cigar! It went to John Aldag of the Liberals.

“The question is, however, if the result would have been different if Watts had been running here? We’ll never know,” Purewal said. “I guess when the Tsunamis come there’s nothing that’s safe. “Here it’s the repetition of 1968. And who knows in 2020 we could have a revisit to 1972 which led the country to a number of minority governments.”

He said that Dianne Watts did win South Surrey-White Rock even though it was a small margin, saying her big name probably helped. Her involvement with the Campaign Flyer raising the spectre of ISIS attacks weren’t all that helpful.

The fact that the original Liberal candidate stepped down, to be replaced by Judy Higgenbotham upped the ante. She served on Surrey city council for 25 years, a portion of that with Watts, for many years.

“On Judy’s behalf you can always say she didn’t have much time because the candidate was dropped at the last moment,” said Purewal, “whereas other campaigns were running and she had to put a new campaign in. But still I would say Dianna Watts name carried serious weight, she was a very popular mayor and it worked. They thought, here’s a person who could deliver something from Ottawa. It will be interesting to see how she settles in to being a back-bencher in the opposition. It’s not easy if you’ve been a chief executive even at the city level. Ottawa is a pretty harsh place, especially for the opposition.”

“In fact they were hoping for three Grewals in parliament,” said the professor. “Gurmant was going to fight a nomination in Cloverdale Langley City, but he was denied by the party. The son, Liv Grewal, actually won the nomination in Mission Matsqui Fraser Canyon, but that too was vetoed by the party due to alleged irregularities in his sign-up of voting members. So, Nina, the matriarch, was the last hope of the family, and I’m quite sure in a normal election Fleetwood Port Kells riding will still be very Conservative, but they were swept up by the so-called red wave.”

“I was a bit surprised that Ken Hardie and Gary Begg weren’t closer,” he said. “By the end of August, early September, people had thought if anyone had a chance of defeating Nina Grewal, it would be Gary Begg. A big name locally, he served in the RCMP for a long time and had a lot of local connections. But the NDP peaked too soon, and it was a hard fall for them.”

“Again, this was a bit of a surprise because this riding has always gone NDP,” Shinder Purewal said. “Provincially the area has two NDP MLA’s so it was always a bastion of strength for the party. Despite the NDP strength, the name of the late Chuck Cadman, (Who sat as a member of the Reform Party of Canada, Canadian Alliance, and after losing the Conservative nomination ran and won as an Independent) is still highly respected, in part because he stood up for the wishes of his constituency and voted against his own party. So when his widow, Don, came out in support of the candidate, it carried a lot of weight.

Surrey Newton was no surprise as much of the support for the incumbent, Jinny Sims, was in North Delta, which was lost to her with the riding redistribution.

“Sims shouldn’t feel bad it was the irresistible force of the Liberal Sweep,” said Purewal.

Delta was the riding that Purewal felt Kerry Lynn Findlay would hold, but was defeated by a significant margin.

“I was thinking it was a close call between the Liberals and the Conservatives,” said Purewal, “because the NDP support had fallen, despite the fact that neither Qualtrough nor Leveque were well known in the riding. And again, it was the Liberal wave and it wasn’t even close.”

He added that Qualtrough was a deserving candidate, a lawyer with expertise in human rights having practiced at both the federal and provincial levels. Visually impaired since birth, she won three Paralympic and four World Championship medals. She has been President of the Canadian Paralympic Committee and Chair of the Sport Dispute Resolution Centre of Canada.

In a second interview in this edition of the Asian Journal, Dr. Shinder spoke on his observations and thoughts around the election on the national scale. 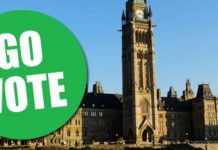 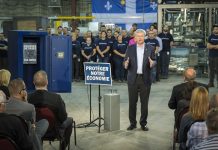