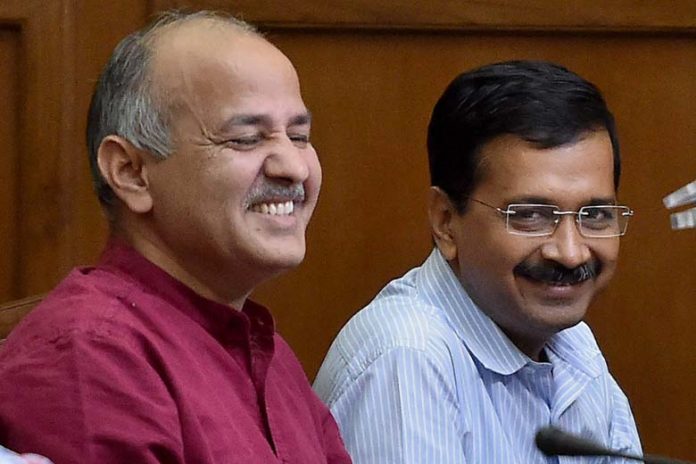 New Delhi, June 25 (IANS) The AAP government in Delhi on Thursday made it clear that health, education and transport were the key areas it has focussed on in its Rs.41,129 crore budget for the 2015-16 financial year.

The education budget was hiked by 106 percent.

“We did what we promised. This is a budget of the poor and middle class people,” Delhi Chief Minister Arvind Kejriwal said after the budget presentation.

While 50 schools will be developed as model schools, 236 new schools have been planned, Sisodia said.

He said the government would recruit 20,000 regular teachers by the end of this year to improve the student-teacher ratio.

The education sector was followed by the health sector with the Kejriwal government earmarking Rs.4,787 crore for it — 45 percent more than the previous year’s allocation.

The government plans to remodel and upgrade 11 existing hospitals, which will add 4,000 more beds in the next two years.

It will also set up 500 “neighbourhood clinics” in all parts of Delhi in the financial year.

The budget proposes to procure 10,000 buses of various specifications.

Describing the budget as “historic”, Chief Minister Kejriwal said it was for the “poor and middle class people”.

“I don’t have much knowledge of history but I don’t think that any government in independent India has increased the budget allocation to education by 106 percent,” he told reporters.

Though the government did not increase Value Added Tax (VAT), it hiked the luxury and entertainment tax.

A total of Rs.253 crore has been set aside for the Swaraj Fund which enables people to prioritise implementation of programmes selected by them for the development of their area.

“This is a first participatory budget in the the country, where people have made the budget,” Sisodia said.

He said people from 11 of the 70 constituencies were consulted for drafting the budget.

A total of Rs.1,690 crore has been set aside for power and water subsidy, a key AAP promise to the electorate.

In the previous 2014-15 fiscal when Delhi was under President’s Rule, union Finance Minister Arun Jaitley had presented a Rs.36,776 crore budget.

Sisodia said the huge allocation for education showed that the AAP government was serious in improving educational standards in the capital.