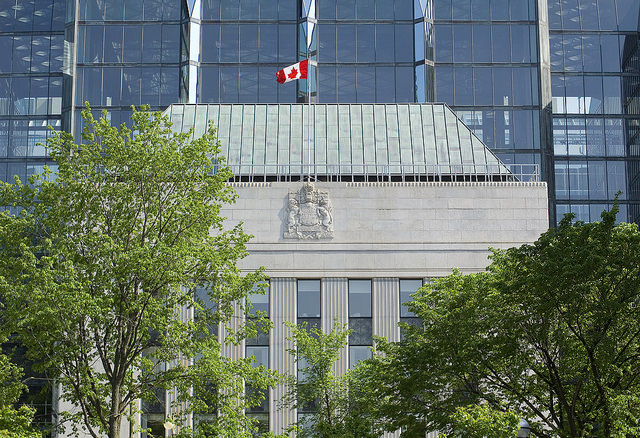 Ottawa: Using its “best guess,” the Bank of Canada predicts the economy will take more than two years to fully adjust to the commodity price shock.

Lynn Patterson, the central bank’s deputy governor, said in a speech Wednesday that tumbling oil and other resources prices have translated into losses of about $1,800 for every Canadian.

The bank has watched the impact of lower incomes expand to the point that next year it could become the “dominant source of drag” on the economy, Patterson said.

A burning question remains: How long it will take the economy to adapt to the complex conditions, which include a lower dollar?

“It’s difficult for us to be precise about the timing and the underlying shifts of the economy,” Patterson told the chamber of commerce in Edmonton, in the heart of the province hit hardest by the slump in oil prices.

“But our best guess is that this full adjustment will take longer than two years, which is our normal forecast horizon.”

Patterson pointed to early signs that economic change is underway and, perhaps, more quickly than in the past.

The bank, she said, has found that labour data suggest Canadians have been more willing than in the past to move to where the jobs are located. This could mean that regional job markets will adjust more rapidly to the fall in resources prices, Patterson added.

Looking long term, Patterson said the bank has explored what the economy could look like post-adjustment.

She said a new economic balance will likely take shape over several years _ one that sees the share of the resources sector shrink to levels before the boom began in the early 2000s.

Patterson highlighted bank research that estimated the commodity sector may only account for 40 per cent of exports by 2020, down from 50 per cent in 2014. The modelling also suggested the resource industry’s share of business investment could fall to 40 per cent from 56 per cent in 2014.

“The extent to which potential GDP (gross domestic product) is permanently lower will depend on how much capacity is rebuilt in the non-commodity sector.”

The bank’s model for the long-term economic prediction was based on several assumptions, such as flat oil prices.

Patterson said it’s “highly unlikely” oil prices will climb back up in the coming years to their mid-2014 levels of US$100 a barrel. The bank, however, does expect upward pressure on oil prices to persist over the medium term.

This was the first public event held by a senior Bank of Canada official since the federal budget was tabled last week in Ottawa.

Patterson said updated economic projections in the bank’s upcoming monetary policy report will account for billions of dollars worth of fiscal measures announced by Ottawa in the budget. Governor Stephen Poloz will release the report April 13.

In January, the Bank of Canada downgraded its 2016 growth projection to 1.4 per cent from its fall forecast of two per cent. At the time, it also predicted the economy to eventually bounce back and expand by 2.4 per cent in 2017.