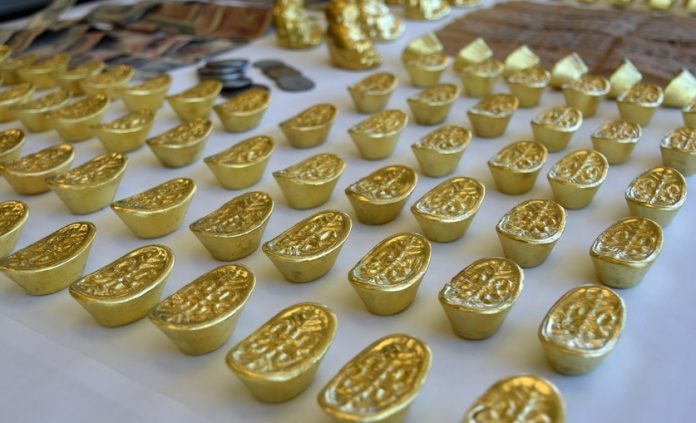 Richmond: RCMP originally issued a public warning about a false gold scheme back in March 2015. Since that time, we received a number of tips and commenced an operation dubbed “E-Porcini” to identify, investigate, and arrest the suspect or suspects responsible.

On June 25th, 2015, charges were laid against a 44 year old male, Bao Sheng Zhong, a Chinese National residing in Richmond.

Zhong is alleged to have committed three (3) counts of Fraud contrary to Section 380(1) and 463 of the Criminal Code of Canada. His victims, 2 women and 1 man, were all Asian in descent and all spoke Mandarin. The victims were from throughout the lower mainland. 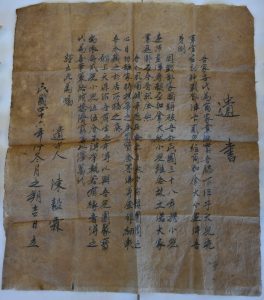 Zhong allegedly posed as someone in the construction industry who had unexpectedly unearthed a treasure trove of gold ingots and Buddha figurines along with an ancient Will. He allegedly befriended his victims and convinced them of the authenticity of the Will and the value of the “treasures.” As part of the scheme, the gold was allowed to be tested to confirm its authenticity, but a sample of authentic gold was switched before testing, with a bit of sleight of hand.

“To my knowledge, this arrest is perhaps the first publicized of its kind in Canada. This type of crime has occurred in other parts of the world. Recently there was a similar arrest made in Japan. Other arrests were reportedly made in Singapore. We have also seen public warnings from Law Enforcement in the United States. Comparing those cases, we found the circumstances uncanny in similarity. We received a number of tips from our previous media release and that really helped focus our efforts. The commitment from our officers, especially Constable Xia and the Economic Crime Unit were exemplary,” said Corporal Dennis Hwang.

“This has been one of the most comprehensive and complex investigations I have ever been involved with. We pulled all the stops. We hated seeing this type of crime occurring in our backyard.” said Constable Jon Francis of the Richmond RCMP Economic Crime Unit (ECU).

The Richmond RCMP would like to remind people to remain cautious when anyone attempts to offer or sell something of great value. In a case like this, police recommend you having all the gold pieces individually tested by an independent testing facility and have a legal counsel involved to protect the buyer and seller.

4 cups of coffee daily may boost heart functions in elderly

New Google Earth to be launched on April 18