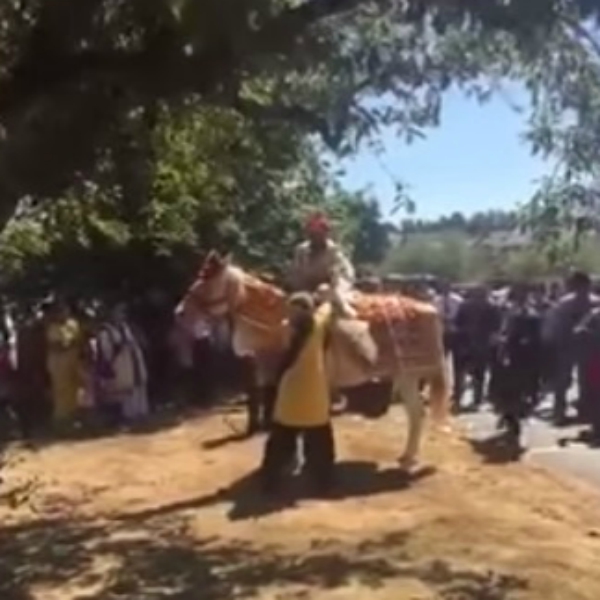 Ottawa, July 24 (IANS) In a bizarre incident, a Sikh groom’s wedding plans were muddled when the mare he was riding on threw him into the air.

The animal was allegedly fed drugs in the city of Surrey, British Columbia, media reported.

A YouTube video of the incident showed the groom mounting the mare when she started behaving violently, sending the groom almost flying into the air, Huffington Post reported on Thursday.

The groom lost his turban in the fall but escaped unhurt and was able to remount the mare and ride to the wedding ceremony.

“The horse has done several weddings and she has always been perfect. I do not know what happened,” the animal’s owner was quoted as saying.

At first, the owner thought the groom’s shoes and sword — which were asked to be removed prior to the mounting — had made the animal uncomfortable.

But he later suspected an illegal substance might be the reason for mare to behave in such a weird manner.

The video footage recorded earlier showed a man approaching the horse and feeding her something.

“Who would do that? Why would you ever want to do that to a horse?” said the owner, adding, “I have no idea what a substance like that would do to her.”

I have no legacy to leave behind: Amitabh Bachchan