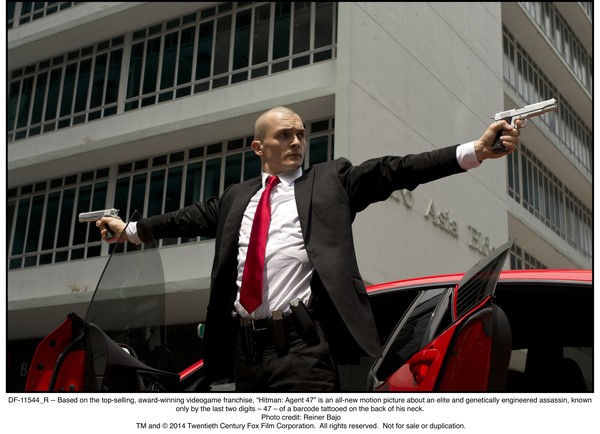 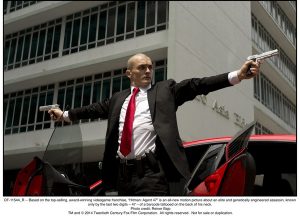 Dapper and deadly is the hero with a slightly checkered past and even more obtuse future in Hitman: Agent 47. Taking off where the first Hitman left off this new mission sees two mystery men doing battle over a woman. Catch all the action of this 20th Century Fox thriller at neighbourhood Cineplex Odeon Cinemas around B.C.
Last man standing wins the prize. At least that’s what the hope of relentless Agent 47 desires. Cold as ice Rupert Friend (Pride & Prejudice) finds himself mixed up in a race against time in a mission to permanently erase a mystery woman. Too bad for him another equally agile and formidable assassin is also in the hunt. John Smith is one if those never say die mercenaries and Star Trek’s Zachary Quinto proves more than ready for the challenge, Ground zero for these bad boys is Europe and Asia with nimble Katia the ultimate prize. Important secrets rests within the mind of Hannah Wise who becomes a pawn in a bitter battle to harness untold power through genetics and robotics put to bad use by various sophisticated low lives.
Brash and loud this bang bang experience from director Alexsander Bach hits the mark. Flamboyant fights . Yes, it’s all ridiculous but it is what it is. If you like action Hitman: Agent 47 delivers the goods. And surprisingly the entire cast is good. Pairing Quinto with Friends turns out to be a lively mix. Who would have thought both these actors could become action stars. Believe it!