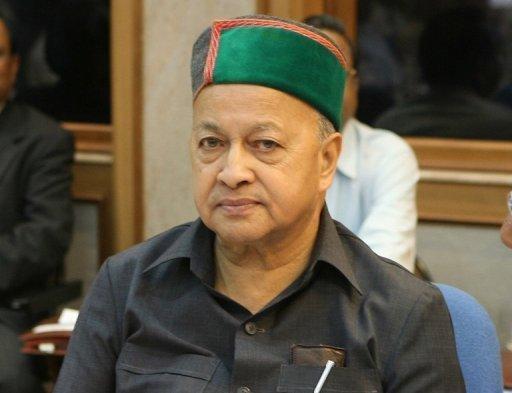 New Delhi/Shimla, June 18 (IANS) In a setback to Himachal Pradesh Chief Minister Virbhadra Singh, the CBI on Thursday initiated a preliminary inquiry against him and his family over allegations of corruption and acquiring disproportionate assets during his tenure as union steel minister.

However, Virbhadra Singh refuted the allegations.

Official sources told IANS that the Central Bureau of Investigation (CBI) restarted the preliminary inquiry on the basis of the income tax department order that said the agricultural income of Virbhadra Singh and his family dramatically increased in the revised return, which was an apparent attempt to justify the investments made in the purchase of insurance policies worth over Rs.6.1 crore.

“This is just a preliminary inquiry. If the allegations are proved to be true, a regular case will be registered against Virbhadra Singh and his family,” a CBI official told IANS.

Virbhadra Singh’s petition challenging the order of the income tax department transferring his cases from Shimla to Chandigarh is also pending in the Himachal Pradesh High Court.

Admitting his petition on May 8, a division bench of Justice Rajiv Sharma and Justice Sureshwar Thakur made absolute an interim stay on the April 1 notice of the income tax department, observing that a reasonable opportunity of being heard in the matter granted to the assessee must be effective and not a mere formality.

“The order must contain specific reasons after taking into consideration the factual matrix. Merely stating that the transfer is for the purpose of coordinating in itself is not a ground for consolidating the cases at one place. The cause of action has arisen in Himachal and the convenience of the party cannot be overlooked,” it noted.

The income tax commissioner of Shimla had transferred all the cases to the deputy commissioner of income tax of the central circle in Chandigarh, saying that centralisation of cases would enable the department to conduct focused, synchronized and coordinated investigation.

Virbhadra Singh in a statement in Shimla said he and his family members were being targeted as part of a political vendetta.

“It is merely a political vendetta against me… a witch-hunting is being conducted by the NDA government at the behest of former chief minister Prem Kumar Dhumal,” he said.

Virbhadra Singh said he has already submitted his income tax details to the authorities and the matter was being looked into at various levels.

“Even a PIL (public interest litigation) in the same matter is pending before the Delhi High Court, where a detailed reply has been filed by the CBI and the income tax department,” he said.

“The haste shown by the CBI clearly shows it is under political pressure,” the chief minister added.