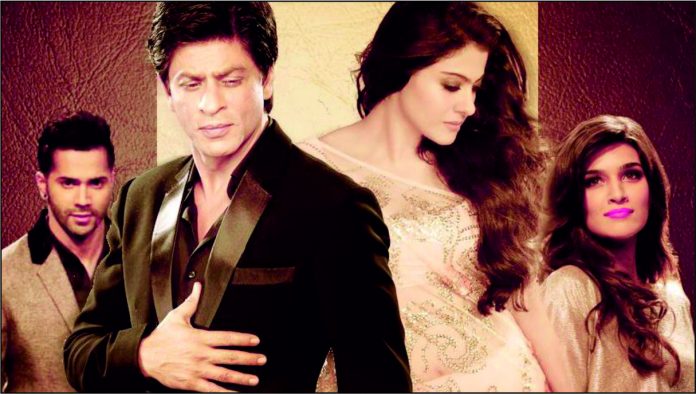 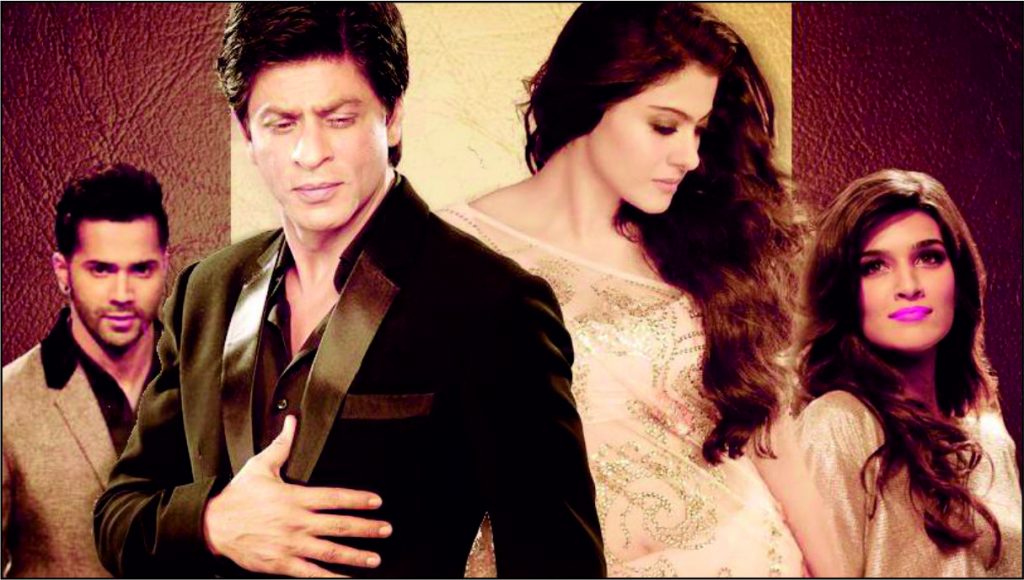 As per the latest box-office reports, Rohit Shetty’s DILWALE & Sanjay Leela Bhansali’s BAJIRAO MASTANI have crossed Rs.100 Crores in world-wide collections and while  DILWALE has crossed Rs.100 Crores in India as well , BAJIRAO MASTANI is also expected to join the 100 Crore league very soon. But box-office was not the only criteria of comparison between these two biggies as it was a foregone conclusion that Shahrukh Khan’s fans will out power Ranveer Singh’s fans but what surprised most was that in spite of locking more theatres and hogging more limelight, DILWALE is now marginally ahead now and if the trend continues then there’s a possibility that BAJIRAO MASTANI may even zoom past its acclaimed rival. Not only BAJIRAO MASTANI is being acclaimed by all, it’s been appreciated by classes, masses and critics and Ranveer Singh’s prized posession is a hand written note from ‘Big B’  Amitabh Bachchan, who’s been singing the praises 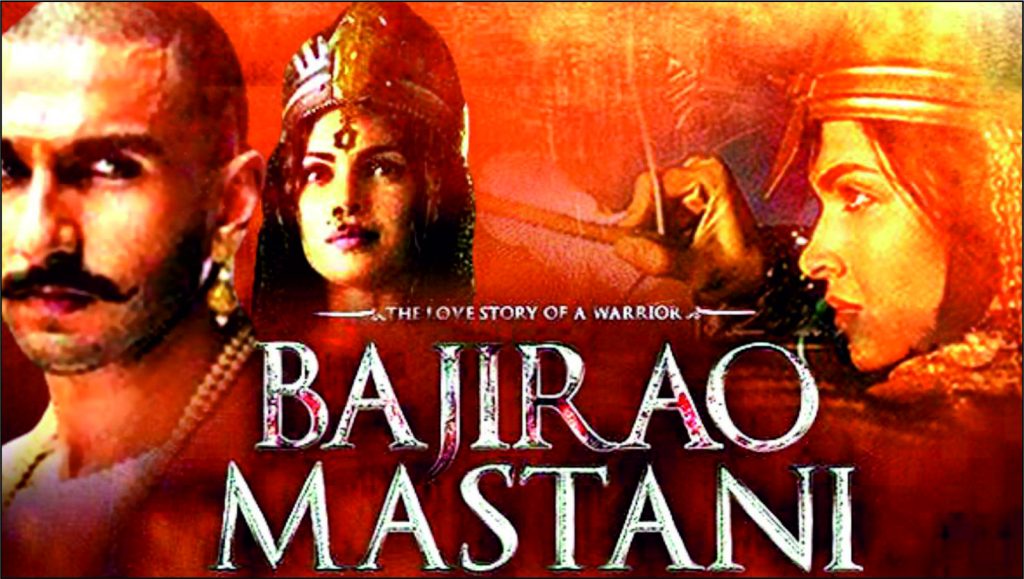 ever since he watched the special screening. From Shahid Kapoor to Shilpa Shetty, everyone in unison have give the thumbs up sign after seeing the film and many’ve even joined the chorus of calling BAJIRAO MASTANI as the Best Film of 2015. Now we may’ve to wait for many award shows in 2016 but whatever has been announced so far, clearly indicates that it’ll be the most award winning film of 2016. While BIG STAR Entertainment Awards & STARDUST Awards neglected BAJIRAO MASTANI , GUILD Awards presented 9 awards in various categories to make it the most winning film of 2015 and ‘ Abhi To Party Shuru Hui Hai… With no new bollywood movies till the first week of January ‘2016 , it’s to be seen how the two would end up eventually but this is definitely clear that Shahrukh’s DILWALE will keep making moolah at the box office while Ranveer Singh’s BAJIRAO MASTANI will keep winning hearts and BAJIRAO MASTANI may eventually prove to be the tortoise to beat DILWALE , the rabbit , at the box-office. Meanwhile, Sanjay Leela Bhansali’s BAJIRAO MASTANI is being nominated in almost all categories in almost all award shows and the word of mouth could propel the film to glorious heights and eventual box-office winner as well! 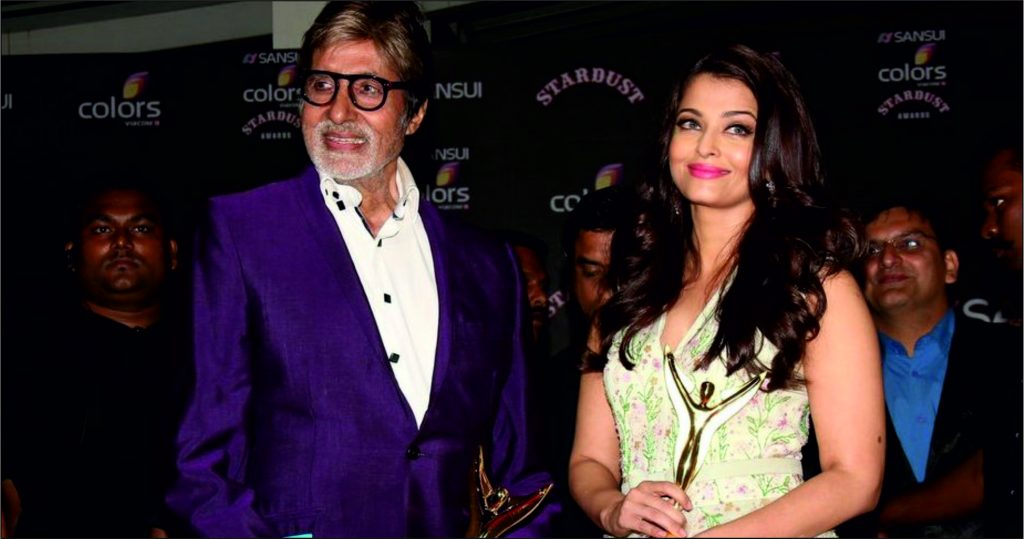 We all knew that AMITABH BACHCHAN acted well in Shoorjit Sirkar’s PIKU and he has already won a few awards but the judging commitee at STARDUST Awards 2015 thought otherwise and shockingly gave the best actor trophy to Amit JI for his ‘over the top ‘ acting in R.Balki’s SHAMITABH. Aishwarya Rai Bachchan, who came back to films after motherhood, won the best actress trophy for Sanjay Gupta’s JAZBAA and clearly both were the mainstay of the award show. Here’s the complete list SANSUI STARDUST AWARDS 2015!!

Ever since BAJIRAO MASTANI has released, there’s a strong buzz for the film in India and around the world and marching strongly at the box-office, the film has been garnering multiple nominations at various award shows but what shocked most was the fact that Sanjay Leela Bhansali’s film won nine awards at SONY GUILD Awards 2015 and hogged the lime light from some powerful contenders like BAJRANGI BHAIJAAN , DILWALE , TALVAR  & TANU WEDS MANU RETURNS and here’s the complete list of 2015 SONY GUILD AWARDS …

DECEMBER IS THE MONTH OF CELEBRATIONS IN BOLLYWOOD!

What do DHARMENDRA, SHATRUGHAN SINHA, JOHN ABRAHAM, KIMI KATKAR, TAMANNA BHATIA, DILIP KUMAR, RAJINIKANTH, SARIKA, VENKATESH, MOHAMMAD RAFI, RITEISH DESHMUKH, GOVINDA, SOHAIL KHAN, BISWAJEET, MALA SINHA, ANIL KAPOOR & BHAPPI LAHIRI have in common? Well, they’re all born in December and there’re many more celebrities in this list as SALMAN KHAN celebrates his 50th b’day on Dec.27th and we’ll have the full report next week. Trailer of Prakash Jha’s GANGAJAL 2 is out and PRIYANKA CHOPRA, fresh from the success of QUANTICO & BAJIRAO MASTANI, is being appreciated again. AMITABH BACHCHAN, the favorite of R.BALKI & SHOORJIT SIRKAR, has been signed by both directors again and the new projects will start next year. And with that it’s time to say good bye but not before reminding you all to watch this week’s YAADEIN celebrating the 96th b’day of music director Naushad Sahab on December 26th (another December celebrity) on Sunday, Dec.27nth at 1 PM on SMC#116. Post Merry X-Mas, I wish you all a very Happy Boxing Day and HAPPY NEW YEAR 2016 and will see you all with the BEST OF BOLLYWOOD 2015 next week!

What Is a Schedule 1?