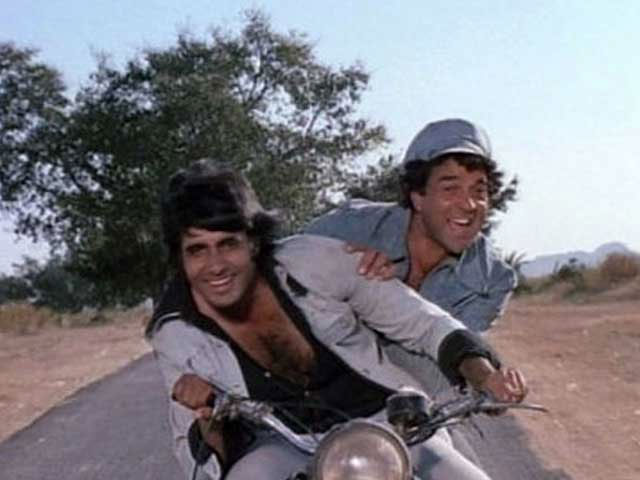 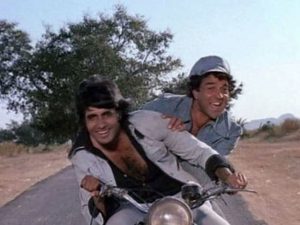 Mumbai, Aug 14 (IANS) Superstar Amitabh Bachchan says the bond he shares with “Sholay” co-star Dharmendra is like the iconic pairing of Jai-Veeru even today.

About his friendship with Dharmendra in real life, Bachchan said: “What you saw in the film is the kind of bond Dharam ji and I share even today. We meet today not just as co-actors but as Jai-Veeru.”

The bond of Bachchan as Jai and Dharmendra as Veeru was one of the highlights of “Sholay”. The song picturised on them, “Ye Dosti Hum Nahin Todenge” is one of the most popular friendship songs in the history of Indian cinema.

About the benchmark the Jai-Veeru friendship set, Bachchan said: “Once people love a particular thing, it becomes an example. The first thing gets stuck in the minds of people and they feel that this example should be followed.”

Dharmendra perhaps played a role in Bachchan being finalised for the film.

“When I was unsure if I’ll get cast in the film, I even visited Dharam ji’s home and told him that I deeply wish to work in this film and if you could recommend me that would be great,” he said.

In a reference to the coin tossed by the two characters in the film, Bachchan defined friendship as “Friendship is that kind of a coin where both sides have the same image. And friendship for me is the kind where I’ll always wish that my friend lives on forever.”

Bachchan also shared anecdotes about the film, including mulling numerous changes to ensure its success and the friendly interaction with the entire cast.

The revenge drama was one of the best examples of a masala film. Written by renowned writer duo Salim-Javed, the movie was directed by Ramesh Sippy and also starred Amjad Khan, Hema Malini and Sanjeev Kumar among others.

Delhi men to walk ‘in her shoes’