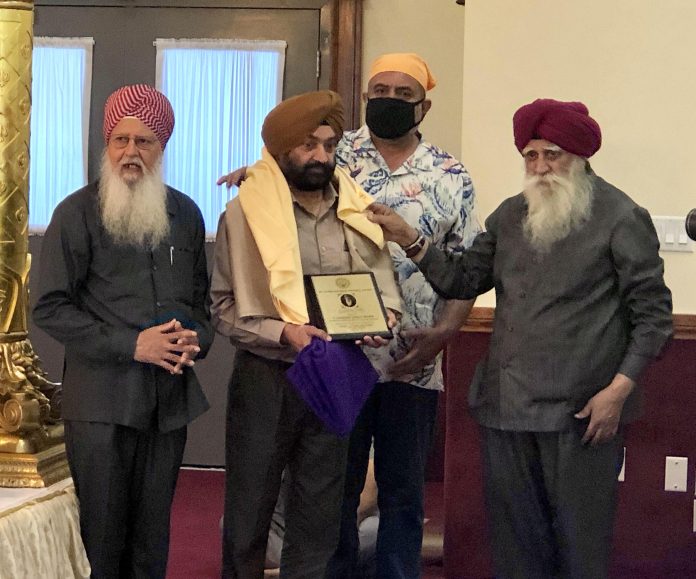 Surrey August 16, 2020. Two resolutions passed in the first birth centenary function of great scholar Dr Harbhajan Singhcelebrated at Gurdwara Sahib Brookside, Surrey organised by Hardarshan Memorial International Trust and Canadian Ramgarhia Society. The first resolution is to take up matter with Ministry of Communication, GOI to release his postage stamp in his honour and second one, to put up proposal to SGPC to display his portrait at Sikh Museum at Amritsar.

S. Jaiteg Singh Anant, founder of Hardarshan Memorial International Trust Canada and the keynote speaker in the function explained various aspects of Doctor Sahib. Remembering, he said Dr Harbhajan Singh was a great scholar, founder of modern poetry, great thinker, successful teacher, one of topmost critic, knew Punjabi, Hindi, English and Persian languages and a good translator. He wrote 106 books on various topics. In real sense, he was a great personality of 20th century. The main speaker asked various organisations to have functions about Dr Harbhajan Singh to connect him with the people.