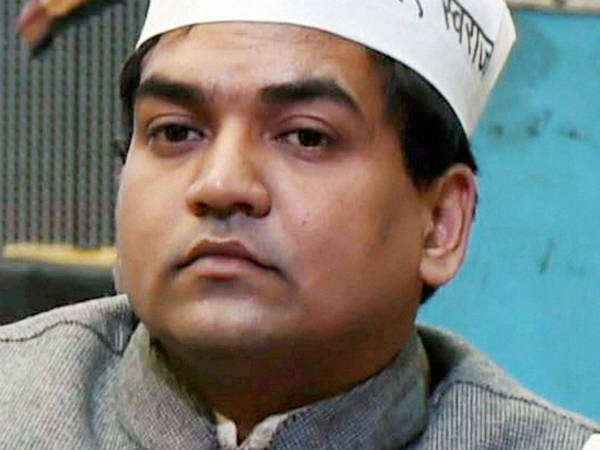 New Delhi, March 21 (IANS) Environmentalists and activists have been urging people to enjoy Holi using safe, herbal colours and to avoid wasteful use of water. The Delhi water minister, however, has a different take.

“People should play Holi with full heart, they should not think twice before using water”, Kapil Misra, Delhi Minister of Water told IANS.

He contended that “there is no water crisis” in the city state.

“It’s baseless to say that there is no water crisis. I would be interested in knowing where has the minister gotten this information from,” said Pujarini Sen, a campaigner from Greenpeace India.

She said the minister’s statement was “completely misguided” and “we should do without wasting water as there is not enough water” in Delhi.

“Just because his government is providing free water to the deprived section doesn’t mean there is no shortage,” she added.

According to Vikrant Tongad, an activist with Social Action for Forest and Environment, the remark by the minister was said with an eye on the political angle.

“It is a politically smart statement made to avoid opposition from the masses as it might provoke religious complications,” Tongad said.

“Delhi is not self-reliant and depends on other states for water, yet so much of water is wasted here,” he said talking about Misra’s assurance of water security.

The Jat agitation in Haryana exposed the harsh reality of water shortage in Delhi, he added.

When asked about environmentalists talking about playing a waterless Holi, the water minister said there was no interference from the government.

“It completely depends on the people, if they wish to use water, they should use it. If not, they should not,” he said.

“I have been playing Holi with water since my childhood and I am going to do the same this year as well,” said Misra.

Tripat Parmar, an environment activist condemned the concept of wasting water on Holi, saying that a person cannot just go on living in his or her individual capacity but should rethink and reformulate the approach and duties towards the environment.

The minister also advised usage of safe organic colours to make the festival eco-friendly, but said that the usage of water would not be questioned and people will have “full freedom” to have fun on the festival of colours.

He asserted that Holi is an important festival and it should not have restrictions.

Tongad said he was impressed by the government’s campaigns against crackers on Diwali, but was disappointed with Misra’s defence of wasting water on Holi.

“Water is a major component of the environment, it should be given equal importance as other environmental issues. We need to focus on its conversation.”

He said such a statement would encourage more wastage.

The activist said they would be meeting Misra soon on the water policy in Delhi and would question his stand on usage of water on Holi.