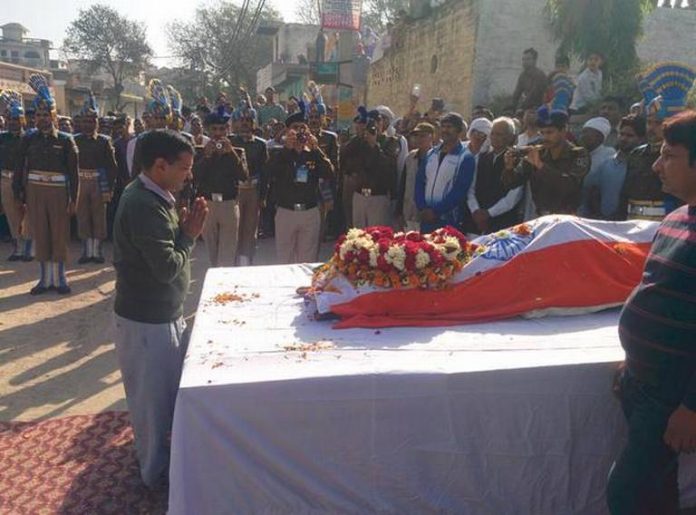 Delhi resident Narottam Das lost his life in a land mine blast which also injured eight others at Domaria, around 120 km from Patna.

Chief Minister Arvind Kejriwal and Deputy Chief Minister Manish Sisodia attended the cremation of the trooper at his village in Najafgarh in north Delhi Thursday.

“He (Das) laid down his life while performing his duty. The state government will honour his sacrifice,” Kejriwal said, hoping the trooper’s wife will be given a job by the Central Reserve Police Force.

If needed, the Delhi government will offer her a job, Kejriwal said.