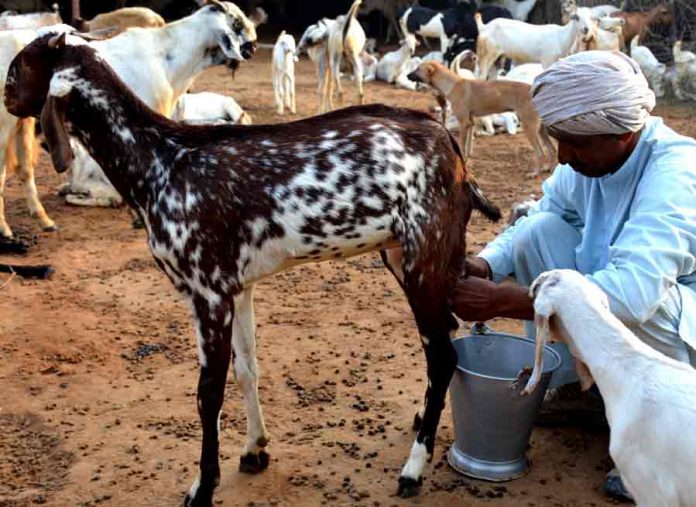 New Delhi, Sep 17 (IANS) Can papaya plant leaves and goat milk cure dengue? There is no scientific answer to this, but the sales of both have increased phenomenally in the capital as the mosquito-borne disease has seen a spurt.

Delhi’s civic bodies have so far confirmed only five dengue deaths in the national capital and the number of cases as 1,872. However, independent inquiries by IANS have confirmed 18 deaths till Thursday evening in the city.

Since there is no specific vaccine or drug to prevent dengue, people are looking for alternative or natural home remedies to control the dangerous disease.

“It is mentioned in our books that goat milk helps in recovering fast from dengue fever as the milk is light and easy to digest,” Ayurveda practitioner Dr. Aftab Ahmad told IANS.

“There is no mention that the goat’s milk increases platelet count,” he, however, added.

Following suggestions by traditional healers that goat milk may be beneficial to people infected with dengue, its price in the capital has reportedly soared to Rs.2,000 per litre from RFs.800 a litre a few days back, while a dry, shrivelled blade of papaya leaf is available for Rs.500.

“The goat milk is being sold at Rs.500-Rs.2,000 per litre in Malviya Nagar and adjoining areas,” Kishan said.

“We have over 60 goats, but many of them are in the calving stage. Currently, only 3-4 litres of milk is available with us,” he said. “The demand is so high that people have to wait for days to get a glass of goat milk.”

Kishan said the normal price for goat milk is about Rs.35-40 per litre.

On patients suffering from dengue and asking for goat milk, Gowhar said: “We don’t charge for the milk and don’t provide one person more than 400 ml. People often return with gifts to our home after recovering from dengue.”

However, allopathic doctors are not very impressed with the efficacy of goat milk for treating dengue.

“We don’t recommend it (goat milk) for dengue treatment as no major study has been done on this,” said Dr Rommel Tickoo, senior consultant, internal medicine, Max Hospital.

As far as papaya is concerned, it is believed that the juice of papaya leaves can be alternative treatment for dengue.

“The juice of crushed leaves of papaya can prove to be helpful during treatment for dengue,” Dr. Shobha Mathur, a nutritionist based in Gurgaon, told IANS.

“Neem, fresh coriander leaves and tulsi can also be taken in the form of tonic to reduce the dengue fever,” Mathur added.

Mathur advises: Ddrink as much water as possible to keep the body hydrated and to replace the fluid loss. This will also bring down the body temperature while easing symptom like headaches and muscle cramps.

Meanwhile, yoga guru Baba Ramdev told a press conference on Thursday: “Many people have died in the country because of dengue. Central and the state governments both have failed.”

He stressed that instead of running from pillars to posts for admitting their kin in the hospitals, people should take the help of Ayurveda and herbal medicines like aloe vera, pomegranate and papaya juice.

However, doctors say they do not recommend these methods as there is no scientific evidence or research supporting the argument.

“There is no harm in having goat milk, papaya etc. but it should not be considered as mode of treatment for dengue. There is no study which favours the claims,” said Dr. O.P. Sharma, general practitioner with Akash Hospital.

Chinese take to yoga; to be discussed during Modi visit