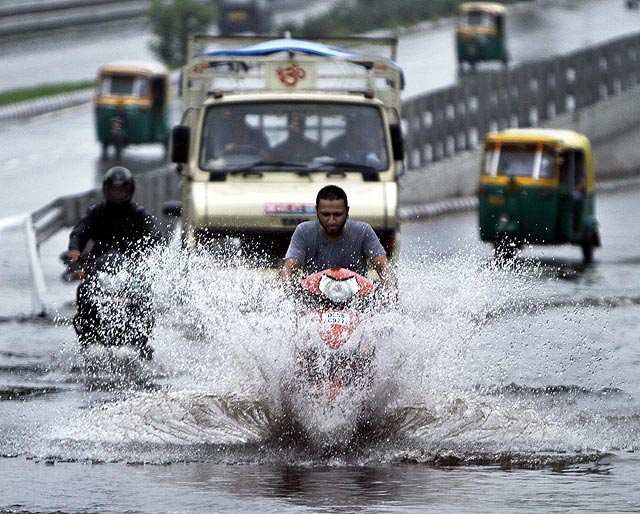 New Delhi, Aug 7 (IANS) A downpour in Delhi on Friday led to waterlogging at many places, throwing traffic movement out of gear and leading to snarls. Delhi’s suburbs of Noida and Ghaziabad too recorded light rain.

According to the India Meteorological Department (IMD), the city received 11.4 mm rain between 8.30 a.m. and 5.30 p.m. on Friday. As a result, traffic came to a crawl in many areas.

The situation was worse at major intersections and arterial roads during the evening rush hour, with some stretches witnessing serpentine queues of cars moving at a snail’s pace.

“I was stuck near Akshardham Temple (east Delhi) for over 40 minutes and barely moved a few feet,” an exasperated Anand Sharma, on his way to Noida from Delhi, said.

More rain is expected on Saturday, the IMD said.

“The sky will remain cloudy tomorrow (Saturday) and the city will get rain,” the official said.

The maximum and minimum temperatures would hover around 33 and 26 degrees Celsius.

Friday morning was pleasant and cloudy and the minimum temperature was recorded at 26.4 degrees Celsius, average for this time of the season while the maximum was a notch above average at 34.4 degrees.

The day’s maximum humidity was recorded at 95 percent.

Modi hits back at critics, ready to bend on land bill